Legislators: “Even governmental sectors have been controlled by non Papuans” 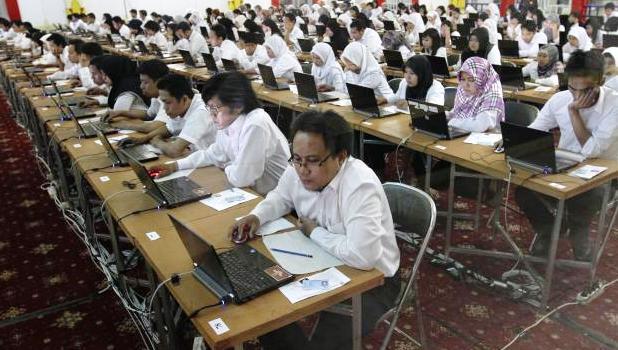 Jayapura, Jubi – Papua Legislator, Emus Gwijangge, reminds non-Papuans to not monopolize all sectors of life in the Land of Papua, and provide opportunities for indigenous Papuans (OAPs) especially as Civil State Apparatus (ASN).

Members of the House of Representatives Commission I, on governance, politics, law and human rights, said that the private sector in Papua has been controlled by non-Papuans. But now it has also expanded to public sector as civil servant, as shown ASN acceptance. This adds even more gap that makes native Papuans feel not to be masters in their own country.

“For the future acceptance of ASN, I hope that Papuans are to be prioritized, especially if they are at provincial and district/city positions. If possible, 90 percent of those who passed qualifications are indigenous Papuans. And non-Papuans should give our children a chance,” said Emus on Tuesday (October 10).

According to him, in addition to the need of prioritizing indigenous Papuans as ASN, the regency, city, and provincial governments should also prioritize OAP in the position of echelon officials,.

“The private sector has been controlled by non-Papuans, even as peasants and people who sell sago are non-Papuans; politics and bureaucracy are no longer controlled, especially in districts, municipalities, I see Papuans are getting even less in holding governmental positions,” he said.

He assumed that if all parties do not pay attention on the position of OAPs in the bureaucracy structure, there could be no more indigenous Papuans in control of the government system in the future.

“We are native Papuans, we have many scholars, we have the ability and capacity, similar to brothers (and sisters) from outside Papua. Since Papua has the Otsus law redeemed with the blood and life of indigenous Papuans,” he said.

Another Papuan legislator, Tan Wie Long, said indigenous Papuans need to be given the opportunity to be accepted as ASN, especially in provinces, districts and cities. “There is no rule (to prioritise OAPs), but there is no harm in understanding each other, and giving the opportunity to the indigenous son/daughter of Papuans,” said Tan. (tabloidjubi.com/Zely Ariane)