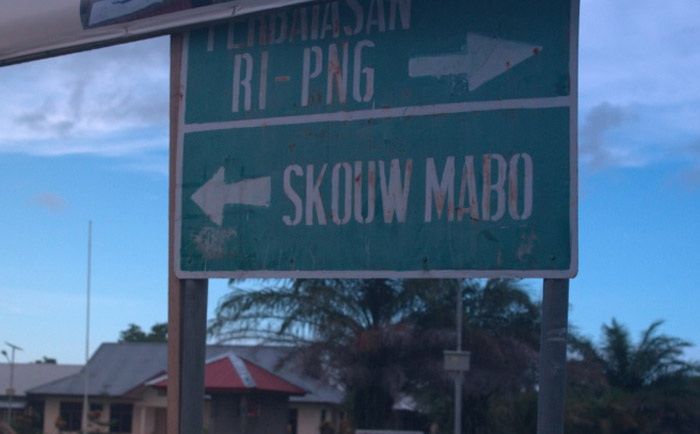 Jayapura, Jubi – Wutung people who live in the border of Papua New Guinea feel that they have been treated unfairly as they cannot cross the border despite having a crossing permit, said Deputy chairman of Commission I of Papua Legislative Council on Governance, Foreign Relations, Politics, Law and Human Rights, Orwan Tolli Wone.

“Watung women traders who sell betel nut and others admitted the difficulty when crossing over to PNG to sell their goods even though they have a cross-border card,” Orwan told Jubi on last week.

“While PNG citizens who want to sell or buy staples in Wutung gets free access,” he said after conducting a working visit to the area few days ago. .

He said he hoped Jayapura government to pay attention to the condition of society Wutung including basic infrastructure.

“The border region is a state authority. Measure of state success is border communities. Yet the real condition is different. This is not only happening in Papua, but also Indonesia’s border regions in other provinces, “he said.

He further said, to build border region can not simply rely n provincial budget, it needs support of state budget. He hopes the central government to prepare a budget sufficient for the border region, including in Papua.

Mama Septina Wemallo, Wutung citizen who daily sells betel nut to PNG said she and other residents felt treated unjustly when crossing into neighboring country.
“We find difficulty when we want to go to PNG, difficult. Yet, residents of PNG easily come to Indonesia easy. I ever had an argue with PNG security, even though we had a cross-border card, “said Septina Wemallo some time ago. (Arjuna Pademme/ Tina)

GOVERNOR MUST KEEP HIS WORD IN DW-JW CASES , WARAMORI URGES

The Sixteenth Anniversary of the Bandung Conference : ULMWP Statement