Legislator: Do Not Slander People as OPM 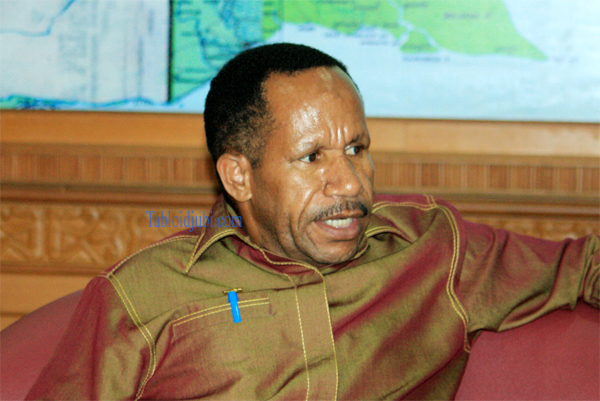 Jayapura, Jubi – Papua legislator Deerd Tabuni warned parties in the Papua highland area, in particular Puncak Jaya Regency, against manipulating the situation for their own political and financial benefit, including making claims that they have persuaded some members of Papua Free Movement (OPM) in the region to lay down their weapons.

He urged security forces to remain on alert and not to immediately trust officials who claim to be have been able to persuade the OPM members to come down.

“The commander must know to distinguish between false or real (OPM) members. Do not generalize all. For example, some time ago, media reported nine OPM members have come back and handed their weapons. Then they were taken to Jayapura and Jakarta. But the fact is they never gave the weapons,” said Deerd Tabuni on Sunday (21/8/2016).

According to him, on 6 August, two people namely Tidiman Enumbi, the reverence at Tinggi Neri and Terinus Enumbi, one of nine people who reportedly came down and forced to give the weapon. According Deerd Tabuni who claimed a nephew of OPM leader Goliat Tabuni, both Tidiman and Terinus were threatened to be arrested if they were not give the weapons while all weapons were at Goliat Tabuni’s headquarters.

“From the accurate date we received, there are 127 weapons of any kinds at Goliat’s headquarters. As a result of being forced, the two families were almost clashed. To avoid the conflict, Goliat Tabuni handed the pistol that seized by Terianus Enumbo from the security force to be returned,” he said.

He suspected the local officials have played a game for the sake of their position. This politician from Golkar Party asked the Puncak Jaya Regent Henock Ibo to not become exaggerated. “I hope the Regent Henock Ibo to not sell the people for his interest. Last time he said Rambo Wenda and Purom Wenda who were encouraged him to became a regent. But after he was elected as the regent, it was him. It’s the witness of Rambo and Purom. Do not get position with the wrong ways. I saw people was used for the position,” he said.

Another Papua legislator Laurenzus Kadepa said almost every year there is information saying dozens to hundreds of OPM members come down the mountain and return to the Republic of Indonesia. But until now the OPM is still existed. “It never ends. I don’t know who’s cheating. Who’ll get the benefit. It’s still old fashioned,” Kadepa said at that moment. (*/rom)

96 laid-off workers of Freeport have died