The law on Sago Protection will be evaluated 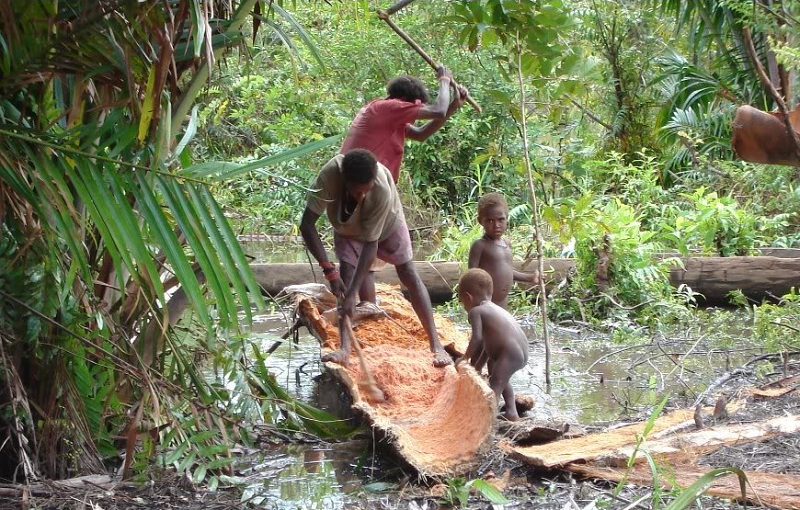 Member of Legislative Commission B of Jayapura District, Freddy Kaway said it seems that legislation has not functioned. This local regulation has struck with the interests of indigenous peoples’ customary rights.

“We forbid any construction of building in sago forest areas, but those who have customary rights are local people, so this is also often became a barrier in the implementation,” he told Jubi in Sentani, Wednesday April 19th.

He refer to the facts that some customary rights owners sold their land and turn them to property buildings.

Therefore he added, this law will be reviewed for evaluation. Thus, there would be a protection for local potential that still exists in the area.

At different occasion, Boaz Enok, Ondoafi (indigenous Papua who owned customary land) in Sosiri village said the problem is the protection of sago trees which regulated in Local Regulation No. 3 of 2000 has not been socialized well to the public.

“If there are rules or regulations made by the Government, it should be socialized widely. Now the impact of development implemented by different interests who seek profits in this area has been very difficult to handle, “said Enok. (*)