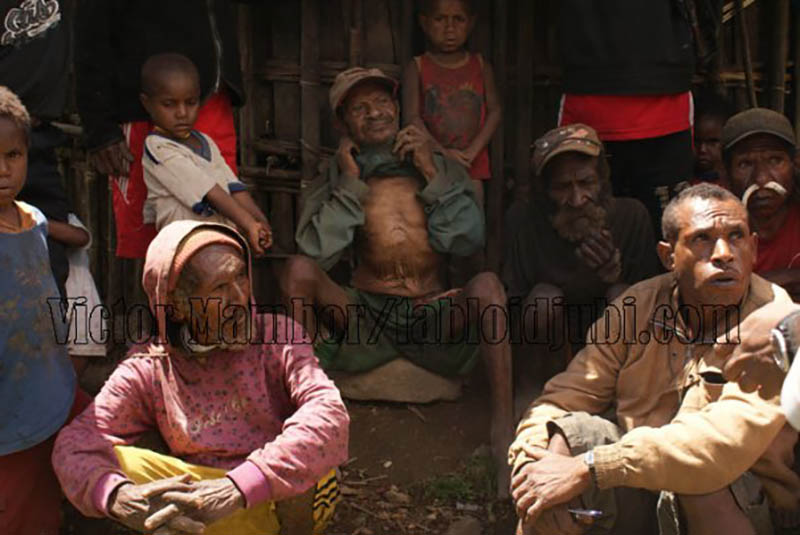 Illion Village Chief Paulus Saram said on Monday (4/4/2016) that landslides have forced hundreds of families to struggle to get food.

“Landslides hit our farms on the slopes of the mountain. All plants such as sweet potato, pandanus (red) fruit, cabbage, potato, and forest coconut were swiped by rainwater and stones and soil,” said Paulus Saram accompanied by Yafet Saram and young people from Kosarek.

He said in the incident that caused 88 families at Uldam Village and 65 families at Illion village to face food shortages.

“Local people could stand by digging ‘hipere’ (sweet potato) after the landslide. Fortunately my house wasn’t hit because it stands quite far from the location of landslide. I also tried to inform this matter to Kosarek Sub-District Head but he wasn’t at his office,” he said.

Meanwhile, reaching Dekai, the capital of Yahukimo Regency to inform the incident, he said, is difficult because no road access, but only could be reached by plane that has no certain flight schedule and list of long queue passengers.

“So, I decided to wait the flight schedule to Wamena, Jayawijaya Regency and direct to fly to Jayapura for able to confirm about the incident to the authority,” said Paulus Saram.

Meanwhile, Yafet Saram who accompanied him expected both local and provincial governments could pay attention to the natural catastrophe occurred in two villages.

“I hope the government could pay attention to the villagers of two villages, do not wait for fatalities. They must help the villagers who are being affected by this landslide,” he said. (*/rom)

Indonesia’s political system has ‘failed’ its minorities – like West Papuans

Papuans Should Rise to the Occasion, Merauke Regent Says