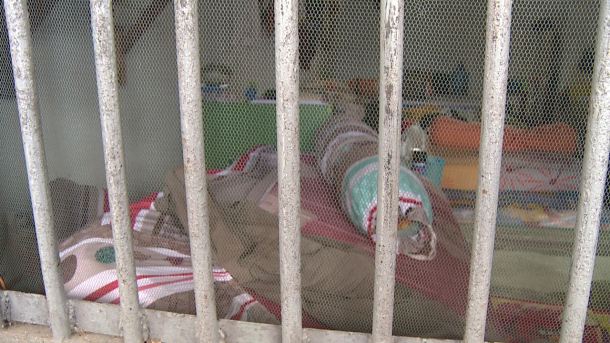 Labora cell was empty since begining of February - Jubi

Labora cell was empty since begining of February – Jubi

Sorong, Jubi – Convicted of money laundering and illegal logging, Labora Sitorus has not returned to the Penitentiary Class IIB Sorong after given a permit to get hospital treatment for his illness.

He disappeared in February 2015, a week after he want sent to prison to serve time. However it was known that he went out of prison because of illness.

Now His bed was already worn. Therefore, a prison officer was forced to fold the mattress provided for him.

Head of prison class IIB Sorong, Maliki, Hanafi when confirmed by Jubi on last week, said Labora Sitorus is still in a secret place outside the prison.
“He is in a secret place and has not been back, “said Maliki.

Attorney of Labora Sitorus, Usman Hadi asserted that his client did not run away, he is in Sorong and will be going back to prison.
“He’s still in Sorong Just wait, he will be back, “he said. (Niko MB/Tina)

They are in good condition, says legal counsel team after visiting seven suspects of treason case