West Papua’s Korowai people want to mine natural resources themselves 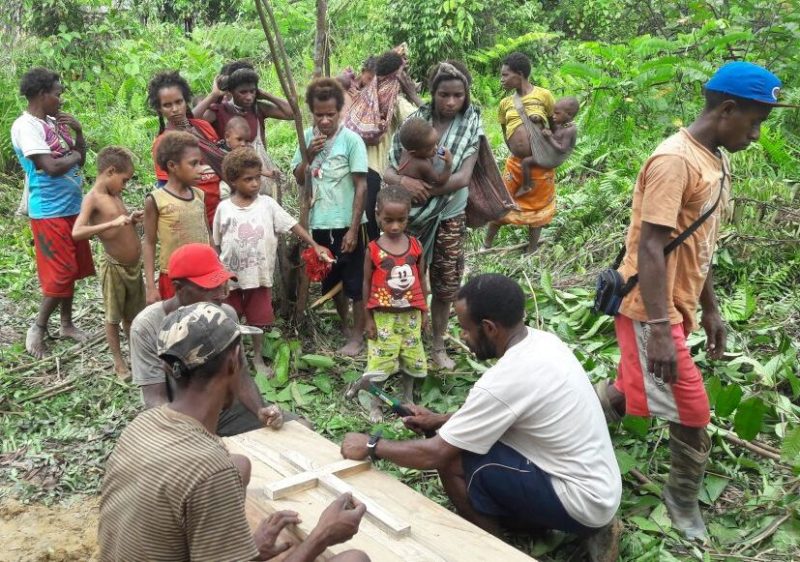 Jayapura, Jubi – The Korowai indigenous people have expressed their wishes to get local mining permits so that they can manage and control the natural resources on their land.

Head of Sinar Kasih Cooperative Daum Subumto of Kawe Village, Awimbon District, who represents the Korowai, said during a meeting with lawmaker John Gobai of Papua’s Regional Legislative Council that the land of Korowai was one of the regions in Papua that had the potential for gold, yet the people could not benefit from it as they had no mining permits.

With the mining potential in the area, Subumto hoped, the area would be designated as a local mining area. “We hope that by obtaining local mining permits through our cooperative, we can be the master of the mines in our own land,” he said on Wednesday, April 21, 2021.

Gobai, meanwhile, said that his party had been pushing for local mining permits in areas with natural resources all across Papua.

“The Korowai People in Pegunungan Bintang Regency are fighting for their territory which has mining potential. We definitely support that,” Gobai said.

Thousands of alleged illegal miners once caused a stir among native Korowais in 2018, as most of the miners were believed to be “newcomers” with no permits.

In larger areas of Papua and West Papua, gold mines, especially the Grasberg mine – one of the biggest gold mines and third largest copper mine in the world – has been a source of wealth for its owners, but local communities say it has brought poverty, disease, oppression, and environmental degradation since the mining giant PT Freeport McMoran began its operations in 1973.

The price is expensive in Papua, Apindo: “we did not take much profit”

As Prices Spikes, Rice Intended for Planting Sent to Mills