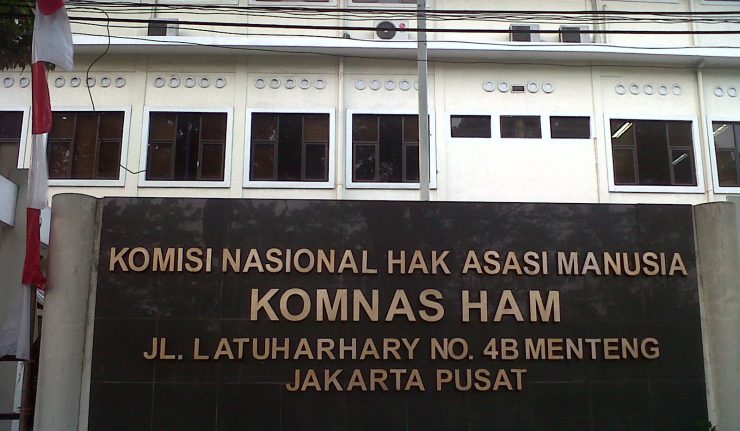 Jakarta, Jubi – The National Commission on Human Rights (Komnas HAM) submitted the investigation report on the shooting of Reverend Yeremia Zanambani in Intan Jaya, Papua, to President Joko Widodo on Monday noon (16/11/2020) at Istana Negara, Jakarta. Regarding the submission, Komnas HAM expects it can lead to legal proceedings against the alleged perpetrators.

“We submitted the written report (of investigation) as we did to the Coordinating Minister of Political, Legal and Security Affairs,” said the Komnas HAM Chairman Ahmad Taufan Damanik on Monday (16/11/2020).

Damanik further said the report by Komnas HAM is not much different from the previous investigation report by the investigation team of the Coordinating Minister of Political, Legal and Security Affairs Mahfud MD. “Let’s enforce the law for bringing justice, especially for the family and community,” he added.

Earlier, Minister Mahfud MD declared to take the military violence cases in Intan Jaya to court. He stated that the results of investigations by the fact-finding team (TGPF) Intan Jaya and Komnas HAM matched.

“After being compared, their findings are matched. On this base, the government will immediately take these cases to court. Of course, gradually,” he said.

Regarding the government’s plan, Mahfud was also coordinating with the Indonesian National Military (TNI) Commander Marshall Hadi Tjahjanto and Chief of Staff of the Indonesian Army General Andika Perkasa on Thursday (12/11).

He stated that Hadi and Andika confirmed that TNI had started prosecuting the violence cases involving the military personnel, such as soldiers who engaged in the burning of an official residence of Intan Jaya Health Office.

TGPF Intan Jaya, in their investigation report, mentioned the alleged involvement of the military personnel in the shooting of Reverend Yeremia. Meanwhile, Komnas HAM precisely revealed the identity of the shooting perpetrator: Alpius, Deputy Commander of the Hitadipa Military Sub-district Command. However, TNI said it was too early to conclude this case due to the lack of evidence. (*)