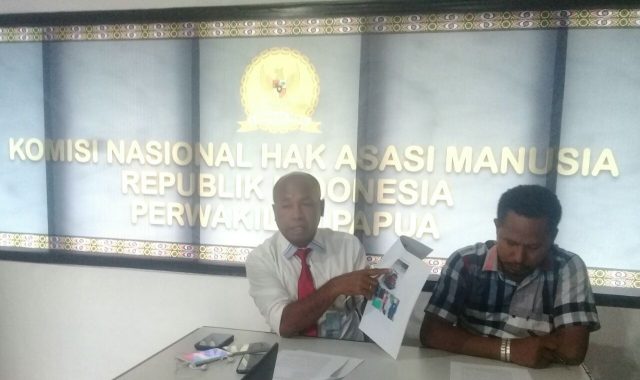 “We received some complaints on human rights violations that allegedly involved soldiers and police officers as perpetrators along this year,” Ramandey confirmed Jubi by phone on Wednesday (2/9/2020).

According to him, such cases come from Mamberamo Raya, Nduga, Boven Digoel, Mimika and Jayapura regencies. However, the office was only able to finalise an investigation of the death of local farmer Marious Batera (40 yo) on 16 May 2020. Batera was found dead at the palm oil plantation area in Asiki Village, Jair Sub-district, Boven Digoel Agency. He was allegedly tortured by a police officer.

“At the moment, we are organising a team to address other reports case by case,” he said.

Further, he admitted the office was slow in responding to those reports due to the spread of Covid-19 since March 2020.

“Due to Covid-19, we cannot respond to those reports directly. Also, we have budget revision in Komnas HAM. But, we will still follow up those reports,” he said.

“I am trying to arrange time to meet with the Cenderawasih Military Commander for giving the same report,” said Hesegem.

According to him, the report covers the identities and photographs of the victims. Nduga local people also made a written statement to decline the Special Autonomy policy and demand non-organic units, especially Task Force Yonif PR 300/DT, to be withdrawn from Nduga due to the humanity crisis that currently happened there. (*)

Two Soldiers to Face Trial Court over Shooting of Civilians