Komnas HAM cannot be mediator between Indonesia and Papua, dialogue has taken place at MSG and PIF: Benny Wenda 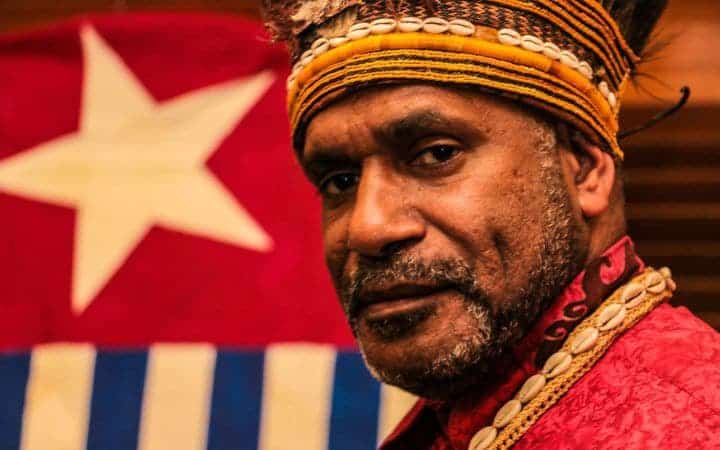 Jubi TV – Chairman of the United Liberation Movement for West Papua (ULMWP) Benny Wenda said the Indonesian National Commission on Human Rights (Komnas HAM) did not have the capacity to be a mediator in a dialogue between the Papuan people and the Indonesian government. Komnas HAM, according to Wenda, is part of the State.

Recently, the Komnas HAM said it would hold a peaceful dialogue between the government and Indigenous Papuans, including the ULMWP and the Free Papua Organization (OPM) this year.

However, Damanik said that the dialogue would be different from what had been done in Aceh. The dialogue in Papua is planned to be mediated directly by Komnas HAM, in contrast with the dialogue between the government and the Free Aceh Movement (GAM) in 2005, which was mediated by the Finnish NGO, Crisis Management Initiative.

Damanik claimed the Komnas HAM was chosen because many Papuans believed in the commission and were willing to be mediated by Komnas HAM.

“It is impossible if the mediator is one of the conflicting parties,” said Wenda.

Wenda reminded that in 2019, President Joko “Jokowi” Widodo had also said he was willing to have a dialogue with groups fighting for Papuan independence. But this statement remains a statement, no actions have been taken to date.

Dialogue has taken place at MSG and PIF

According to Wenda, the Papuan people have been in dialogue with the Indonesian government for the past six years, mediated by the Melanesian Spearhead Groups (MSG) and the Pacific Islands Forum (PIF). In every MSG forum, ULMWP which has the same position as Indonesia as a member (Indonesia as Associated Member and ULMWP as Observer) gets the opportunity to convey the will of the Papuan people and the human rights issues in Papua. The Indonesian government, on the other hand, has the opportunity to respond.

“Why is Indonesia included as an Associated Member at MSG? That’s because MSG leaders expect Indonesia to bring a solution to the problems that occur in Papua,” said Wenda.

But so far, there has been no common ground to continue the process of resolving the Papua issue. This was because, Wenda said, the ULMWP talked about alleged human rights violations while Indonesia brought up Special Autonomy and development issue.

“This shows that Indonesia does not have good intentions to solve the problem. They even underestimate the problems that occur, “said Wenda.

The Papuan people, Wenda added, considered the dialogue proposed by Komnas HAM was only a diversion from the international pressures on Indonesia to seek a resolution to the Papua problems.

In one MSG Forum, MSG leaders emphasized that the MSG recognized Indonesia’s sovereignty and it was able to provide a forum for dialogue between the Papuan people and the Indonesian government.

A statement delivered by the MSG in the forum “Ending Colonialism” organized by the United Nations said that the MSG has taken the initiative to create and institutionalize this dialogue, and maintain and develop it in the medium to long term to address the concerns of Indonesia and the ULMWP.

Secretary-General of the Pacific Islands Forum (PIF) Dame Meg Taylor admitted that the Papua issue had been a PIF’s agenda since 2000 and through engagement with Pacific civil society, became PIF’s permanent agenda in 2015.

In 2021, PIF called on the UN Human Rights Council to encourage all relevant parties to immediately facilitate a mission to West Papua by the High Commissioner for Human Rights.

To carry out the dialogue, Wenda said that the ULMWP had submitted conditions in 2019. Only if these conditions were met could a peaceful dialogue between the Indonesian government and the Papuan people take place. Those conditions are:

Wenda emphasized that Indonesia should allow the United Nations to visit Papua to obtain facts and evidence of both the Papuan people and the Indonesian government’s claim. Only after that dialogue may commence.

“We will solve it with a cool head after getting evidence of each party’s claim,” said Wenda.

Inseparable-Land and Food in Melanesia