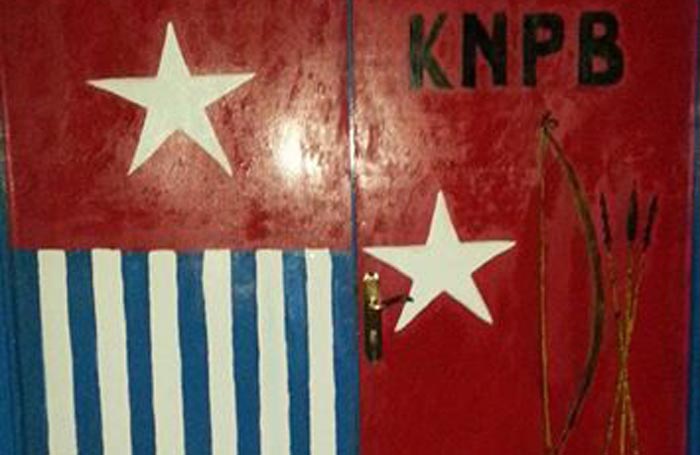 Jayapura, Jubi – The West Papua National Committee (KNPB), Papua Students, Youth and People Movement (GempaR) and other KNPB supporters held a peaceful rally in front of the gate of the Cenderawasih University in Jayapura City, Papua on Monday (7/9/2015) to express support for the Pacific Islands Forum conference being held in Port Moresby, Papua New Guinea.

In the same place, the Operation Unit Chief of Jayapura Municipal Police Commissionaire Police Heru Hidayanto said the demonstration was running peacefully. “Although there’s a plan to do long march earlier, but it’s not realized. They only did the rally on location,” he said.

“For security purpose, we deployed 60 personnel of Jayapura Municipal Police, 30 personnel of Mobile Brigade and 60 personnel of Papua Police. We expected that under our personnel’s guard, they could run the rally in order and peace, because actually the police do not want the clash happened,” he said. (Munir/rom)