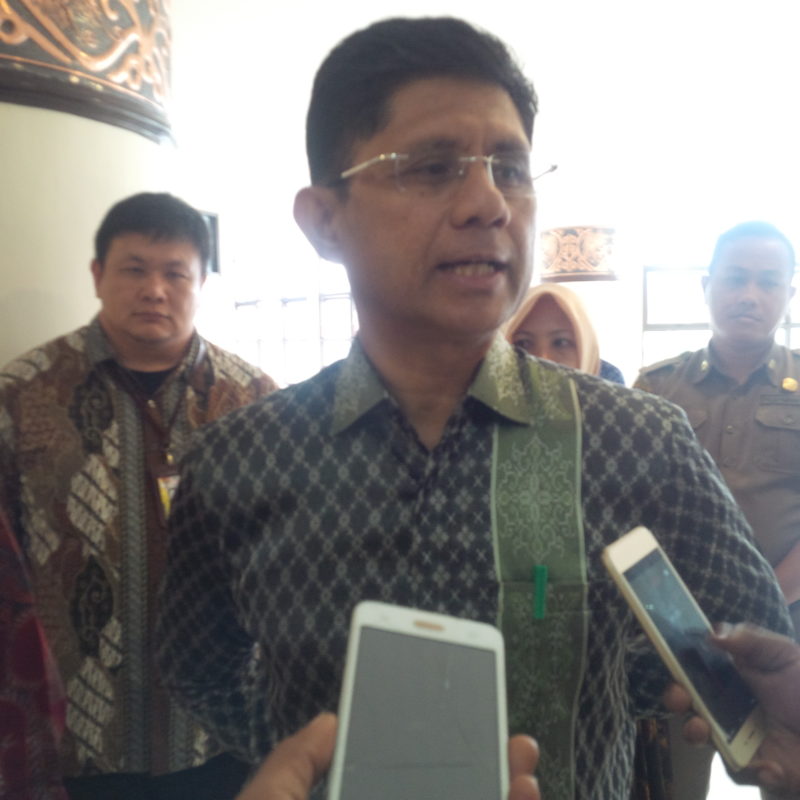 The committee is a forum for communication and advocacy between the regulators and business sector. Through this forum, both parties can convey and resolve the obstacles faced in a business environment with integrity such as the bidding process in the construction sector that considered out of regulation and less transparent.

Besides that, the Electronic Bidding System (SPSE) is not a new version. The businesspersons also complain about the indication of the conflict of interest in the procurement process.

Regarding licensing, Investment and One Stop Services Office (DPMPTSP) has improved their services. However, there is a problem in the process of issuing the license from the Regional Equipment Organization (OPD) concerning the land for business use.

Businesspersons also expect the government to understand more about crime connected with corruption such as gratification, bribery, collusion and company corruption.

“We hope that this forum will be a solution to increase the convenience in business. Of course, it should still regard to the legal compliance that would lead to the improvement of people’s welfare,” said the KPK Commissionaire Laode M. Syarif at the Establishment of KAD in Manowari on Thursday (20/9/2018).

“At the national level, this advocacy committee was formed in the strategic sectors related to the community interest by involving the business associations and relevant ministries/institutions. Meanwhile, at the regional level, this committee was established on the geographical basis which involved the Indonesian Chamber of Commerce and Industry and regional regulators. West Papua becomes the 30th province who form this communication forum,” he said.

The idea of establishing KAD refers to the experience of KPK that 80% of cases of KPK involving the businesspersons and public sector/government agencies. In general, their modus is to provide gifts or gratification or bribe the government officials to influence the state policymakers, such as in the procurement of goods and services as well as the licensing process.

Previously, Deputy Governor of West Papua Mohamad Lakotani said the declaration of West Papua as a conservation province is part of the efforts to ensure that the management and utilization of natural resources are proper with the concept of sustainable development.

“If the illegal logging still exists, it means they don’t have permission from the local government. Those people exploit the natural resources for their benefits, whereas the local people have not gained any profit of it,” he said.

The Provincial Government of West Papua will not remain silent about any violations of natural resource management. Instead, he invited the public to report any violations they found.

Based on KPK data, up to May 2018, the private sector was listed as the second most corrupt sector in which offenders are 198 people. The perpetrators are mostly the regional parliament members, 205 people, while four corporations have become suspects and under the investigation of KPK. (*)

Some Tourism Attractions Neglected Due to Political Interests