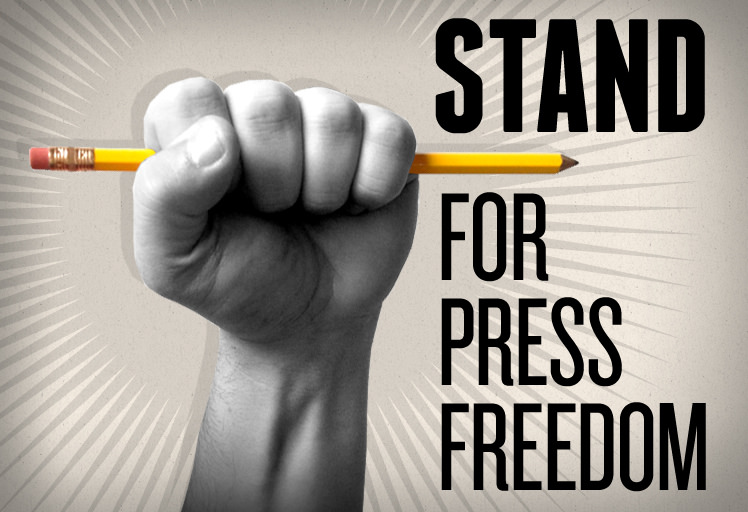 Both took photographs and video for reportage and followed the protesters who were arrested and taken to Jayapura Police Office.

Riding a motorcycle, both journalists intended to cover the arrests at the Police station, but an officer stopped them in front of the station.

An officer from the Sabara Unit warned the two that their journalistic activity was considered intrusive.

Mawel explained that as a journalist, based on the Press Law, they have the right to do their job without restrictions.

But the Police did not want to listen any further.

To calm down the tension, he asked both to enter the Police station to talk with Jayapura Police spokesperson, Inspector Imam Rubianto who then asked permission to photocopy their ID and press cards.

He said during the time the Police considered Jubi is less coordinated with the Police in Sentani area, less participated in such activities carried out by Jayapura Police.

“In many activities held by Jayapura Police, other media came to participate, while Jubi has never been there,” he said while pointing the photographs of their activities hanging on the wall of his office’s lobby.

He also asked Jubi to be more cooperative with the Police related to the reporting agenda. He didn’t question about the reporting done by both journalists today, but he only wanted Jubi to coordinate with Jayapura Police Public Relation.

Jubi Editor-in-chief Dominggus Mampioper said there is no obligation for reporters to do early coordination with the Police in doing coverage.

“Journalist is assigned to cover the fact of ongoing event, and KNPB rally was real happening, doesn’t matter if it was legal or not we should keep reporting it,” said Mampioper. (Victor Mambor/rom)

Teenager Killed As Army Open Fire at Protestors in Karubaga