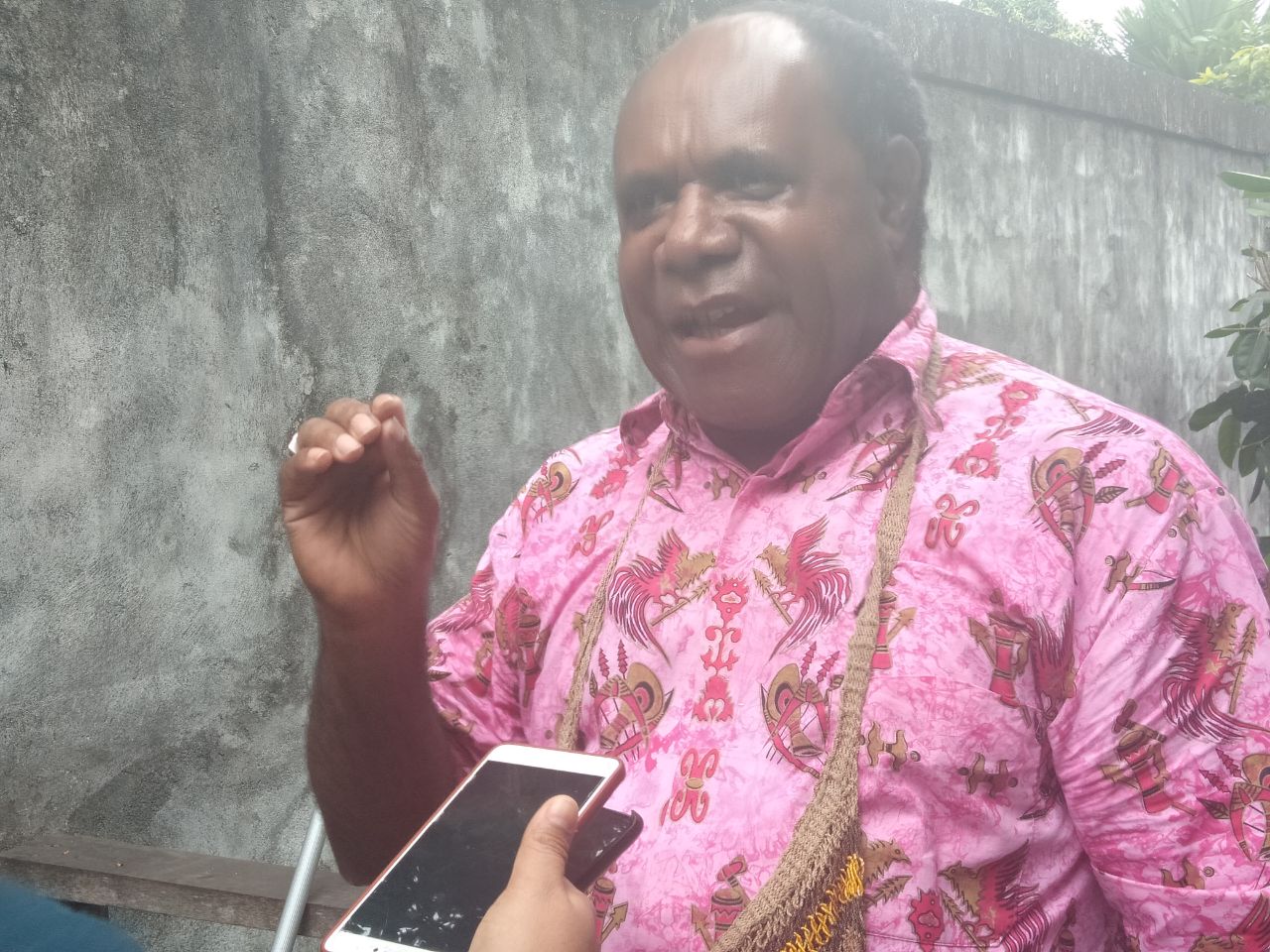 Jayapura, Jubi – A dialogue on Papua should represent the people of Papua, Father Jhon Bunay Pr, the Coordinator for Papua Peace Networks (JDP), told reporters in a press conference held in Jayapura on 7 September 2019.

“The dialogue should conduct in seven Papuan territories, namely Mamta, Anim Ha, Lapago, Meepago, Saireri, Domberai and Bomberai and involve each representative of the central government, military and police, liberation army, Papuans living in Papua, Papuans domicile outside of Papua, other residents of Papua, investors and mass media,” he said.

Furthermore, he emphasises that the involvement of indigenous representatives in the dialogue is crucial. He hopes the government does not initiate the discussion with Papuans from outside of Papua because it could make problems difficult to solve.

“We are the same. We are brothers, no suspicion. There shouldn’t be the police or military’s spies or those who have no concern come in this dialogue. It’s important to ensure that everyone is free to express their feeling and thought, and we’ll find a solution together,” he said.

He also reminds the government to not organising the dialogue in the form of a seminar. It would not work in terms of producing a satisfactory result for everyone. “We will never find a real solution (through seminar); the result is null. Instead, we must invite local peoples to speak,” he said.

Moreover, he says the dialogue between Jakarta and Papua would never happen due to the high suspicions amongst stakeholders. “Perhaps we are too suspicious of each other. Talking about Papua’s issues should not be done with another approach, because the dialogue is the best approach,” he said.

Therefore, he said the relevant stakeholders must sit together to recover painful and bitter memories during the long conflict that occurred in Papua, including to put suspicious away.

“We must do reconciliation in the seven Papuan territories with involving all relevant stakeholders in Papua. Meanwhile, other components such as military and police, liberation army, Papuans from inside and outside of Papua, other residents of Papua, and mass media must attend (and involved in the process of) in the reconciliation,” he said.

Therefore, the process of reconciliation will turn out to be a transformation point for Papua to plan the best future for Papua. He also reminds that instead of discussing Papua in or inside Indonesia, it is more important to talk about the indigenous rights in Papua, and the welfare of all indigenous Papuans.

“I believe that the dialogue will solve all the problems from the past. Using guns, arresting and putting people in jail would not solve the problem. Instead, it makes it worse,” he says.

Meanwhile, JDP Deputy Daniel Randongkir said authorities must prioritise the principles of human rights and justice. “Once again, for JDP, the dialogue is the only way to solve the problem in Papua with rights and pure. Therefore it can be solved on behalf of justice and dignity,” he said. (*)