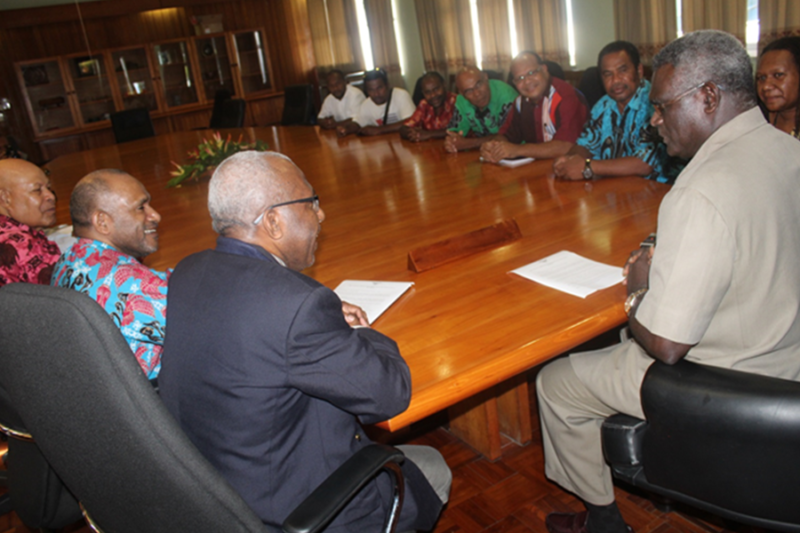 Jayapura, Jubi – Indonesia’s insistence that West Papua is strictly an internal matter is being tested in the wider Melanesian region.

This comes amid criticism by the Melanesian Spearhead Group (MSG) chairman that Indonesia has rebuffed requests for a dialogue over concerns about ongoing human rights abuses in West Papua, Radio New Zealand reports.

MSG chair Manasseh Sogavare claimed Jakarta failed to respond to requests by the MSG and the Pacific Islands Forum for a dialogue about the situation in Papua.
Sogavare, who is also the Solomon Islands Prime Minister, suggested Indonesia joined the MSG for the purpose of protecting its own interests, rather than discussing Papua. This drew a sharp rebuke from Jakarta.

In a responding statement, the MSG Chair’s Special Envoy on West Papua, Rex Horoi, said Sogavare sought to remind Jakarta that one of the overarching principles of the MSG is about decolonisation of Melanesia.

“This is a fundamental principle that binds the Melanesian countries and all MSG members together,” Horoi said. “In this principle, MSG stands for its defence and promotion of independence as the inalienable right of indigenous peoples of Melanesia.”

Atmadji Sumarkidjo is the special assistant to Indonesia’s Co-ordinating Minister of Politics, Legal and Security, Luhut Pandjaitan, who he said was very clear about Papua on his recent Pacific regional tour.

“We like to have a good relationship with those countries. But we stated also that the problem of West Papua is our own problem. We don’t want to compromise our sovereignty on Papua. This was clearly stated during our visit to respective countries in the South Pacific.”

Atmadji denies suggestions that Jakarta is not open to communication regarding Papua.

“Two weeks ago we had a meeting in our office here to settle down human rights problems in Papua,” he said.

“And we invite the ambassador from Papua New Guinea, from Fiji and Vanuatu to also be present at the meeting so that they can fully watch and hear what really happens and how we solve our problem openly.”

But the United Liberation Movement for West Papua  is concerned that some Pacific governments are being misled by Jakarta.

Like Indonesia, the Liberation Movement is part of the MSG and is seeking full membership.

Wenda says West Papuans believe the MSG is an ideal forum for addressing their grievances under Indonesia because long-running calls for meaningful dialogue with Jakarta have come to little.

“Since we declared at the  Papuan People’s Congress  in 2000, West Papua always request dialogue, but it’s nearly a decade now and I don’t think Indonesia intends to engage in dialogue.

“But they want to rather  wipe out the entire Papuan population and trying to get control over our resources.”

The membership bids are due to be deliberated on at an upcoming MSG leaders summit in Port Moresby within the next month.

MSG chair Sogavare has since reiterated his offer to the Indonesian President, Joko Widodo, to discuss matters of common interest within the space provided by the MSG. (*)