Investigative journalism will restore public confidence to the media 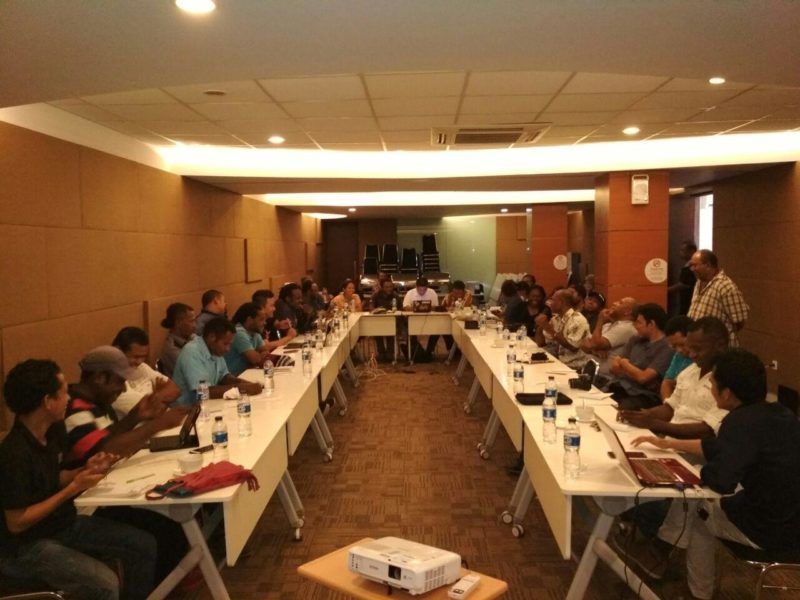 This was stated by the executive editor of Tempo Magazine, Wahyu Dhyatmika in an investigative reportage training for journalists in Jayapura City held by PT Jujur Bicara, media company (Jubi newspaper and tabloidjubi.com) in Jayapura City, Papua in cooperation with Tempo Institute (Tempo Magazine, Tempo and tempo.co) in Abepura, Jayapura, Sunday (July 9).

Wahyu said the role of mass media in reporting information is now taken over by Socmed. To that end, the mass media is important to change their report based on the data, because socmed are now competing to influence the news coverage in the media.

“The media must find a new way of proclaiming information for a long period. Media must display data. It will be long term and different from the media, “he said.

According to him, the role of media is important to get information, change public opinion. Now the role is actually taken over socmed. Therefore, it is important to write coverage based on data.

Other presenters, Rusman Parabuec, who is also the editor of Tempo Magazine, said the biggest challenge of the media (mainstream) is how to verify information and check for truth.

According to him, the speed of information provider is a challenge to media companies and journalists.

Investigative journalism can now offer a new method of journalism in the digital age, which provides in-depth information and reveals facts.

In addition to in-depth investigation, the primacy of the online media from the socmed should be based on data, verification and confirmation. (*)

Push for a vote on Papua