Indonesians Must Change First Before Changing Approach on Papua 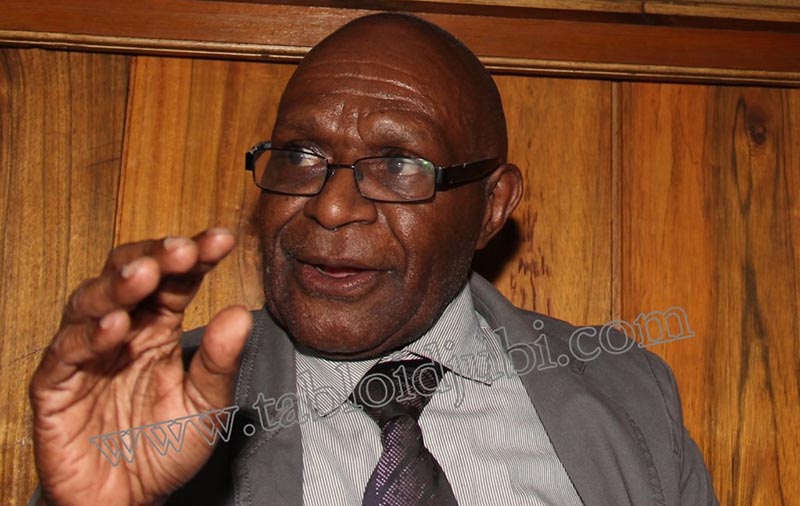 Rev. Dr. Benny Giay is the head of Synod of Kingmi Church in West Papua - Jubi

Rev. Dr. Benny Giay is the head of Synod of Kingmi Church in West Papua – Jubi

Jayapura, Jubi – Papuans feel that for 50 years Indonesians people have supported the colonization of Papua by Jakarta, said the Rev. Benny Giay, the Chairman of Evangelist Church Synod.

“Indonesian public supported the Indonesian regime that has colonized Papua for 50 years. I stressed on the term of colonizing. If Papuans asked for independence, it means imperialism has happened. At least from the perspective of Papuans,” said the Rev. Giay, responding to a discussion on the approach towards Papua by Jakarta on Wednesday (21/9/2016).
He said Indonesians might not think it is colonization but only bad policies.
“But in history, the Netherlands also never thought it colonized Indonesia for 350 years,” said Giay, adding that after 50 years, Indonesia must be able to reflect because the situation of 50 years ago and the future would be so different.
Benny Giay saw that during the time Papuans were never been considered as the citizens.
“If Indonesia considers Papuans as citizens, it would conduct a civilian approach, reduce the number of military personnel, but look the deployment of the military personnel, mobile brigade is still incredible,” he said with upset.
He said almost every day he received the short messages about violent deaths, accidents and murders.

“Violence happens everyday. I think something happen systematically related to what wash happened in Pacific. The approach used like hit and run accident is just incredible. As the church leader, I received the short message about people who killed or traffic accident everyday, we are not moving. Papua is still under the rule of the Old Order,” said Giay.

He considered Jokowi’s government and the Coordinating Minister of Political, Legal and Security Affairs Wiranto knew that the government is on the spotlight.
“They don’t imagine that the Papua issue would become the international issue, such as in Pacific. But they are still being authoritarian, while it would be a movement in Pacific. Indonesia must be more dialogist, not repressive,” he said.
Giay stressed the government still used the old militaristic way in development.
“For several last year, Jokowi counted on the military to build the road in Wamena-Ndguga, for example. The approach is still repressive though there’s openness but it is limited and not enough,” said Giay.

Even Ferry Marisan, as revealed to Jubi, thought the Indonesian Government conduct the special operation if connected with the deaths in Papua.

Loading...
;
“I think the government is doing the special military operations, not only to KNPB activists but also Papuans. I think these operations are conducted along with the raise of that support (Pacific).
For this situation, Benny Giay assured that all Papuans would have no choice.
“I think the forms of approach towards Papuans by the military were used for their power. We are not given a choice except to hate and fight,” he said.
Giay hoped that today’s generation to respond the Papua issues in different ways.
“Now the young generation must understand and could be more open to hear, because I think they would become more global generation who has no burdens. (*/rom)
Approach Policy

Four residents reportedly died, others run to forest following the evacuation of shooting victims in Nduga

TWO ACTIVISTS ARE STILL INVESTIGATED BY THE POLICE, OTHER 41 ACTIVISTS ASK THEIR FELLOW TO BE RELEASED UNCONDITIONALLY