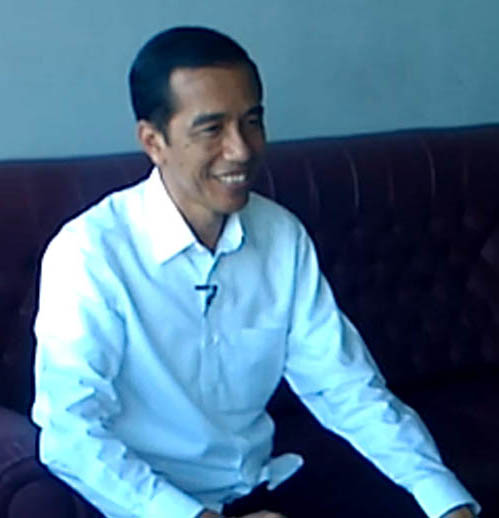 Indonesia’s president stressed Friday the government’s commitment to development projects in troubled Papua province, following the killing of four construction workers in an attack claimed by an armed separatist group.

“We are not afraid of the obstacle,” Kompas.com quoted him saying as he stressed that the conflict-ridden region was in serious need of infrastructure.

The government of Widodo — who took office in Oct. 2014 following a populist campaign — is aiming to have all districts of Papua connected by roads by 2018.

Papua has been home to a low-level insurgency ever since the former Dutch colony was transferred to Indonesian rule in 1963.

Despite its wealth of resources, the province is among the most impoverished and has witnessed the arrest of political prisoners and alleged abuses by security forces over the decades.

Widodo announced Friday that he had instructed security forces to tighten measures at the road construction site.

The slain workers were reportedly killed by an armed group blamed for an earlier attack on military personnel patrolling the area.

National Police Chief Badrodin Haiti said Thursday that authorities had identified the assailants as members of the same group that killed three police officers in an attack in Sinak last December, according to Detik.com.

Meanwhile, the spokesperson for the armed wing of the Free Papua Movement, the West Papua National Liberation Army, claimed responsibility for the March attacks.

“We hope that with this action, the Indonesian government can open up channels of dialogue to discuss the independence of Papua,” Kompas.com quoted Sebby Sambom as saying Friday.

“If officials and citizens become victims, it is the fault of the government that does not give us freedom,” he insisted, describing the actions as part of a gradual revolution.

Earlier this year, President Widodo instructed that the government deal with separatism through a “soft approach” involving dialogue and the possible granting of clemency and unconditional release to political prisoners, according to The Jakarta Post.

He, however, underlined that any resistance would be handled through a “hard approach”.

After the January cabinet meeting, Cabinet Secretary Pramono Anung had said the government would implement a similar strategy as that used in dealing with a separatist group in conservative northern Aceh province.

In 2005, the secular government and the Free Aceh Movement signed a peace deal ensuring that the region would be allowed to enforce a form of Sharia law.

During a visit to Papua in May 2015, Widodo pardoned five political prisoners in Papua and announced that foreign journalists would no longer need special permission for visits — which had also been restricted to human rights activists, aid workers and researchers.

The president has expressed hope that Indonesia’s past repressive security approach would be replaced with an approach prioritizing development and welfare. (*)

This piece was originally published over at Video News here.

Recommendation on Freeport and Mahakam in a Month

CAMPAIGN BILLBOARDS HAVE NO PERMIT