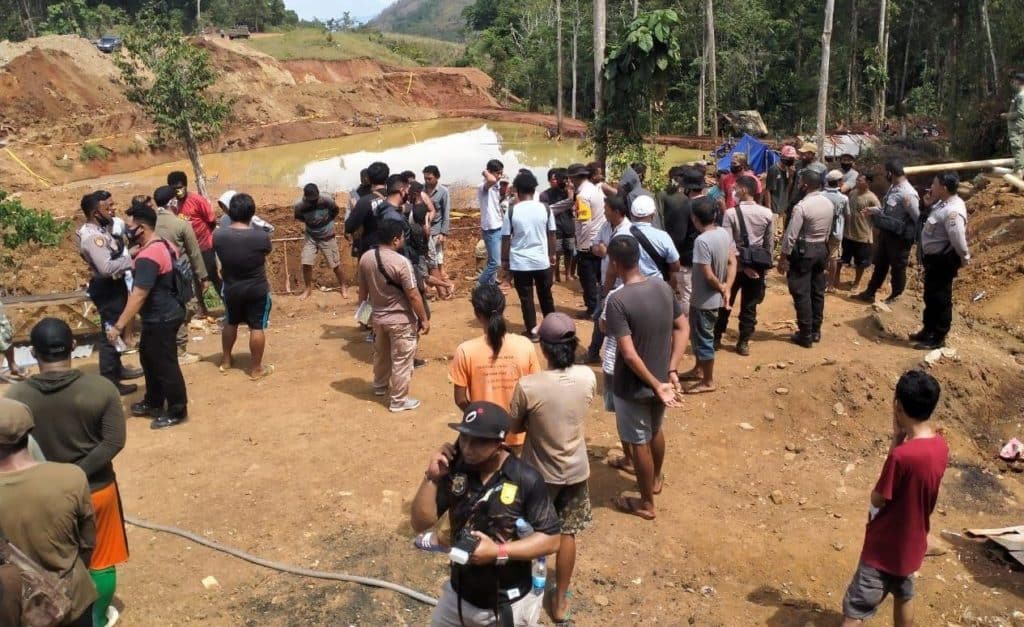 “These seventeen people are operators of heavy equipment and worker coordinators. There are about 70 people involved in this business,” Jayapura Municipal Police Chief Gustav Urbinas told reporters on Friday (26/6/2020).

Police Chief Urbinas said he received a report on this illegal activity two months ago, but at that time he could not arrest those who were involved because they escaped the mining site.

Illegal miners have carried out their activity in Buper, Waena, since 2001 because this sector was promising to generate income.

Four years ago, a gold miner Frans told suara.com about his experience regarding this illegal activity. He said people only need simple equipment such as a hoe, pan, and sifter for doing this activity. He further explained that all panning processes were traditional, starting from finding rocks, crushing it and putting the grinds in the pan. After mixing with water, the grids would look like porridge, and through the panning process, we can see gold flakes. However, to get gold containing rocks was not simple. People should dig at least three meters depth under the ground.

“But not all rocks we met contained gold. We would find out about the weight and type of gold after mixing it into liquid mercury,” he told suara.com.

Considering this, the income of gold miners was uncertain. If they were lucky, he and his friends could get 20 to 100 grams of 24 carats which could trade at Rp 400 thousand per gram.

“It’s all depending on the current gold price. It fluctuated following the increase in the oil price. But its price now is Rp 400 thousand,” he said.

Ten years ago, the Jayapura Municipal Government had attempted to stop the illegal mining in Buper that has been happening since 2001. But, the Ondofolo (Tribal Chief) of Kampung Babrongko Waena, Ramses Wally, disagreed with the city government.

At that time, Ramses said if the city government banned this panning activity, they should provide job opportunities to those illegal gold miners. (*)