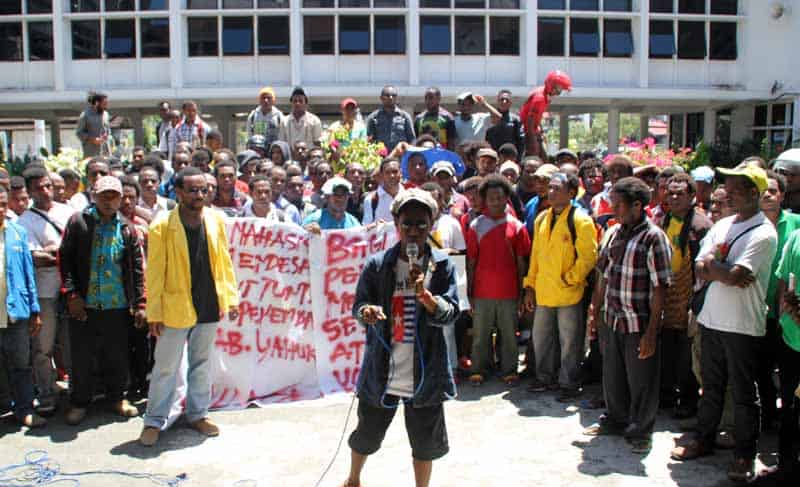 Makassar, Jubi – Beka Ulung Hapsara, a commissioner of KOMNAS HAM RI (National Human Right Commissioner, said that the settlement of severe human rights violation cases in Indonesia, including those that occurred in Papua, are hard to bring to the International Criminal Court (ICC). Hapsara told in a discussion held online on 20 July 2020.

It occurred because the Government of Indonesia has not ratified the Rome Statute of the International Criminal Court, he explained.

“To solve the severe human rights violations cases at the International Court is rather difficult. There is an alternative, but it takes a longer time. The point is Indonesia has not ratified the statute yet that constrains us to do this mechanism,” said Hapsara.

The three cases are Wamena Incident of 4 April 2003, Wasior Incident of 13 June 2001 and Paniai Incident of 8 December 2014. Because of these three cases occurred after 2000. Therefore, according to Law 26 of 2000, the settlement of human rights violations must be solved at the Human Rights Court.

“However, impunity will be possible to occur,” he said.

A human rights advocate in Papua Iwan Niode said the settlement of human rights violation cases at the Human Rights Court would mean nothing if perpetrators are free of all the charges at the end.

He took an example of the Abepura Incident. Two police officers who were responsible for the incident were found not guilty by the Human Right Court in Makassar, South Sulawesi in November 2005.

“So, what is the Human Rights Court for, If at the end, it would release the perpetrators from the charges? What does the human right trial mean if it only creates impunity for the perpetrators?” said Niode.

Therefore, Niode said KOMNAS HAM needs to evaluate their long time attempt in resolving human rights cases in Papua through the judicial process. Given the fact that it is not their first time effort to bring such cases to the Human Rights Court. However, none of these cases were resolved. He took the Wamena case that occurred in 2004 as an example.

“I involved in the investigation over the Wamena case at that time. But over the time the case has never been solved. It only ended in the discussion process,” he said. (*)