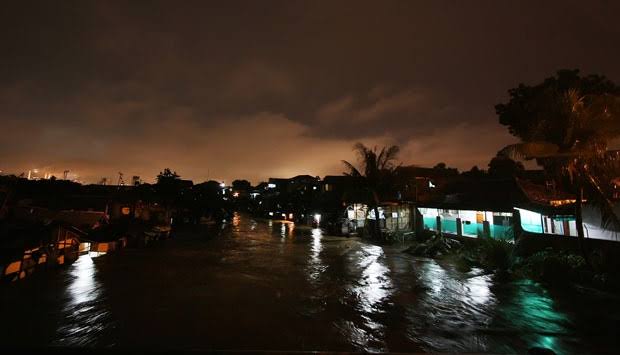 “At least 46 houses incurred minor to serious damage owing to the mudflow in the aftermath of the heavy rainfall,” Wasior Sub-district Head Anthonius Alex Marani told ANTARA here on Tuesday.

The 25-cm-thick mud swept across the floors of the houses and damaged all items inside. However, no casualties were reported in the disaster, he noted, adding that Wasior and Wasior II Villages bore the maximum brunt of the overflowing Anggris River.

Several residents of Wasior City admitted to feeling traumatized by the flash floods in 2010 and 2013 that had resulted in the deaths of several hundred people.

“On Monday evening, we took refuge in Al Fallah Mosque, as we are scared of the flash floods,” Nur Keres, whose house is located on the Anggris River bank, noted.

On Tuesday morning, the waters of Anggris River had receded, and a joint team of local government officials, rescue workers, as well as local police and military personnel joined hands to clean up the houses and areas swept by the mudflow.

The landslide buried two of the dead victims, while four others died due to the flash floods inundating certain areas in the districts of Rokan Hulu and Kuantan Singingi, he remarked at a recent meeting with related authorities.

According to Sanger, the floods inundated the areas of 216 villages in the districts of Rokan Hulu, Kampar, Pelalawan, Kuantan Singingi, Indragiri Hulu, and Rokan Hilir, thereby affecting 8,798 houses.

Due to the grave nature of such natural disasters, the district governments of Kampar, Rokan Hulu, Pelalawan, and Indragiri Hulu had issued an emergency alert status in response to the threats of floods and landslides until the end of this year, he remarked.

The Riau provincial administration had also declared an emergency alert status in effect from Dec 20 to Dec 31, 2019.

At least 25,133 families, or some 62,630 people, were affected by the floods and landslide, most of whom are in the districts of Kuantan Singingi and Kampar, he noted. (*)