More than half of APBD Mimika goes to parliamentary members 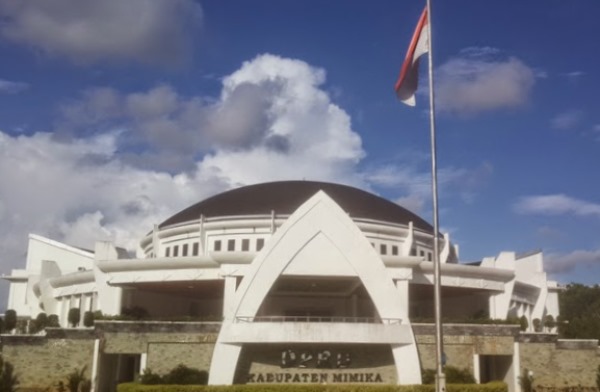 Timika, Jubi – Regional Secretary of the Mimika district, Ausilius You, who is also the heads of local executive budget team, said that as much as Rp55 billion from total Rp 94.1 billion of 2019 Mimika Amendment Budget was used to pay the rights of DPRD members.

“Most of the total Rp 94.1 billion additional funds in APBD Mimika Regency revision of 2017 is to accommodate the rights of members of Parliament Mimika as much as Rp 55 billion,” said Ausilius, in Timika, Wednesday (October 18).

While the remaining Rp 39 billion is given to SKPD to solve the urgent needs to be completed before the 2017 budget year ends.

Nevertheless, he stressed that the budget of Rp 39 billion for SKPD is specifically for non-physical activities.

Not only that, Ausilius You also said that the budget is not intended to SKPD to pay debts in fiscal year 2016 or 2017. For example, debt to the Mimika Public Works Department related to the normalization of watersheds due to flooding.

“The fund has been allocated in main APBD 2017. There is no additional budget in APBD-P (revision),” he said.

For that he urged the Head of Basic Education and Culture (Dispendasbud) Mimika, Jenny O Usmany, to immediately pay incentives for hundreds of teachers in Mimika. (tabloidjubi.com/Zely)

Emus Gwijangge Not In Agreement with Former Members of DPRP

Another Side of Papua Could be Seen from Cultural View