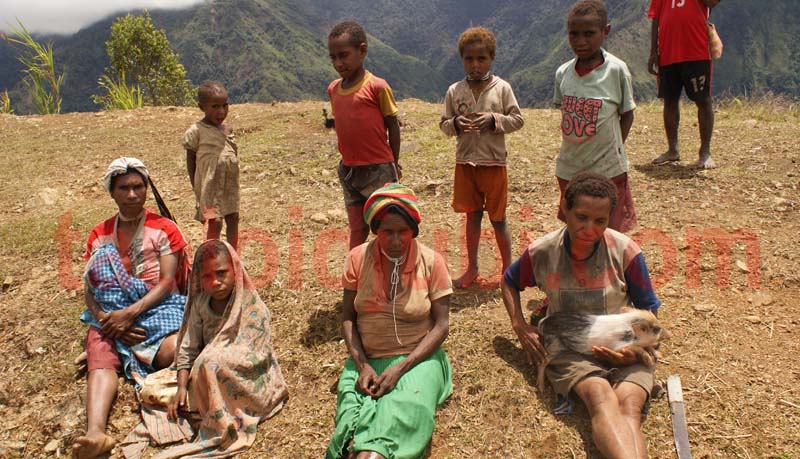 Jayapura, Jubi – Activists and students from Jayawijaya urged the local government to pay attention to people’s need for health and education by bringing in teachers and doctors, instead of building police headquarters for the Mobile Brigade unit.

“The construction of Mobile Brigade (Mako Brimob) headquarters in Wamena is not an urgent need for the people,” said Julian Mawel, Community Development Coordinator for Jayawijaya Care Forum told Jubi in Abepura, Jayapura, Papua, on Wednesday (17/2/2016).

He dismissed a statement by the Jayawijaya regent on Monday (15/02/2016) that the building had been agreed by all levels of society in Jayawijaya.
“Like or not, we must place members of Brimob here by May in order to ensure public safety,” said Wetipo to the media in Wamena.
Mawel added, the urgent need in Jayawijaya is not about security but about the improvement of health service, education and economic adequate as well as road infrastructure.

“It is better to send teachers and doctors to Wamena than members of security forces since will provide enormous benefits, “he said.

Separately, Soleman Itlay, a student from Jayawijaya said regent’s policy is very one-sided and insistent as all districts have refused it in demonstration some time ago.

“It is strange when he (Wempi Wetipo) said public agreed members of Brimob are placed here. How did he know? This is very one-sided decision for reasons of violence due to alcohol and which can be handled without adding troops,” he said in Abepura, Jayapura on Monday afternoon (15/2/2016).

If the reason criminals, Itlay said, the government must take concrete measures in order to reduce crime rates, circulation of alcohol and unemployment. “Adding Brimob does not solve the problem but only adding the problem on the existing problems,” he said. (Mawel Benny/Tina)