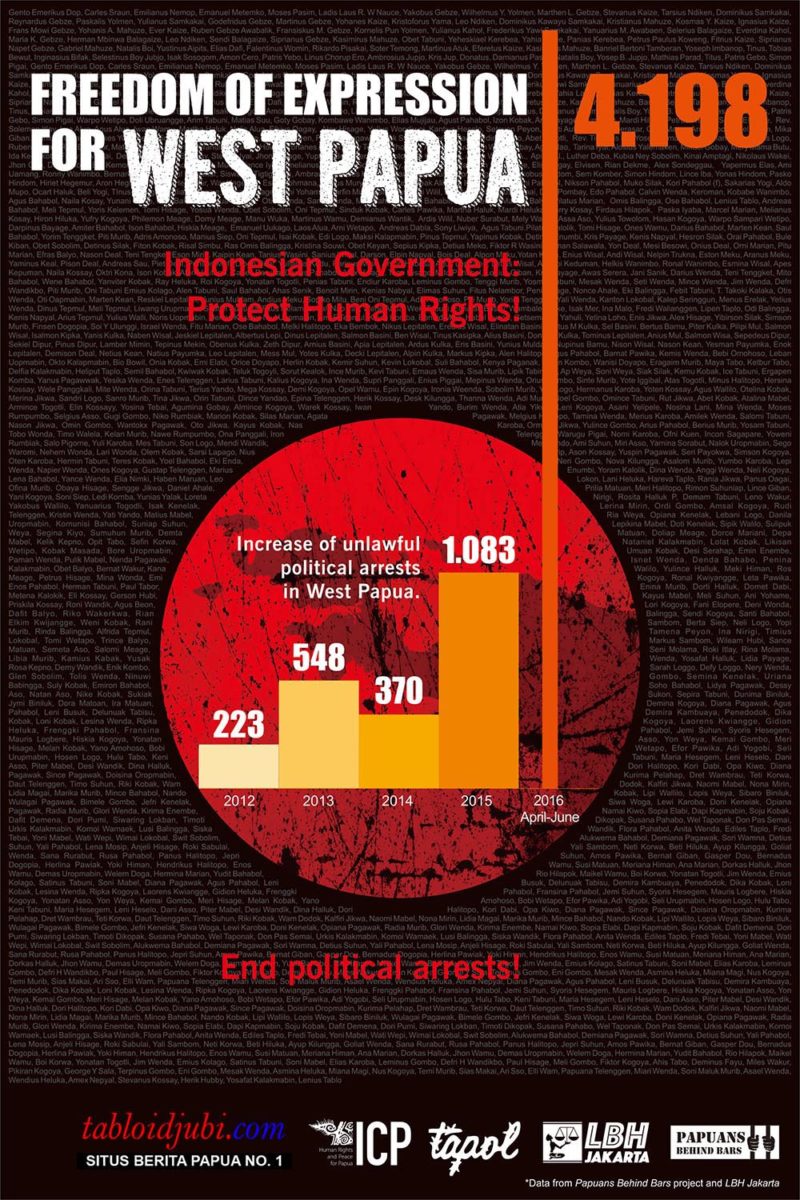 Jayapura, Jubi – The Asian Human Rights Commission (AHRC) has learned about six Pacific countries raising the subject of human rights violations in Papua in the General Debate of the Assembly’s 71st Session, on 26 September 2016.

The AHRC notes that the government has addressed none of the human rights violations in Papua. Furthermore, the judicial system does not function; the police have become party to the perpetrators that have committed violations; and there is no investigation into the involved Indonesian troops. We do not know the names of the units and the numbers of personnel involved. Such questions remain unanswered because the government has not earnestly sought to resolve the cases of these violations,

“Of course, the AHRC is aware that there are some initiatives undertaken by the government to deal with Papua, for instance the Accelerated Development Unit for Papua and West Papua (UP4B). This unit was established under President Susilo Bambang Yudhoyo’s administration (SBY). There is also the establishment of the human rights team under the National Commission on Human Rights (Komnas HAM) to address human right cases in Papua, the government policy of releasing political prisoners in Papua (under President Joko Widodo’s administration), and what took place when President Widodo started his presidential campaign from Papua,” said AHRC.

However, all efforts undertaken by the government have yielded no result for Papua. On the contrary, human rights violations are still ongoing; military personnel who killed Mr. They Hiyo Eluay have been promoted to the head of Intelligence Strategic Body (BAIS), and, in general, no justice and remedy for victims is to be found.

“Therefore, considering the above situation, the AHRC calls upon the government of Indonesia to seriously accept all points raised and recommendations made by the six Pacific countries; the government must open access for an independent body to monitor human rights protection in Papua,” AHRC concluded the statement.

Furthermore, the government of Indonesia must make earnest and immediate efforts to start peaceful dialogue with the Papuans and a credible and independent third party that is supported by the UN should facilitate the dialogue. (Victor Mambor)