From Sumatera, Haze Shift to Manokwari 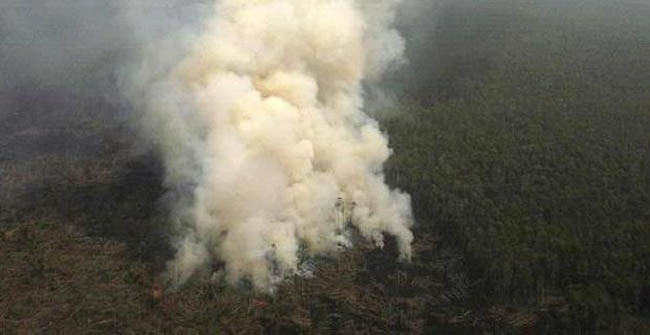 The head of the Meteorology and Geophysics Agency (BMKG) of Rendani Station, Deni Putiray said smog that blanketed Manokwari was apparently due to fires that occurred in forest in Moluccas, Papua and Papua West.

“From the pictures taken from BMKG satellite, there are some hotspots in the province of Maluku, West Papua and Papua. Fog is probably derived from the fire, “he said in Manokwari, on last week.

He explained that since the past few days, the wind moved from the southeast and south, so that the haze was predicted come from two directions.

According to him, this haze did not just blanket Manokwari but also other areas both in Papua and West Papua.
“I do not know, what is the impact to human. Definitely, the haze interferes with visibility, both vertically and horizontally,” he added. (*)

‘We are racing against time’: Govt excuses for food estate threatening environment and Papuan forests (Part 1)

Logs delivery out of Papua should be watched