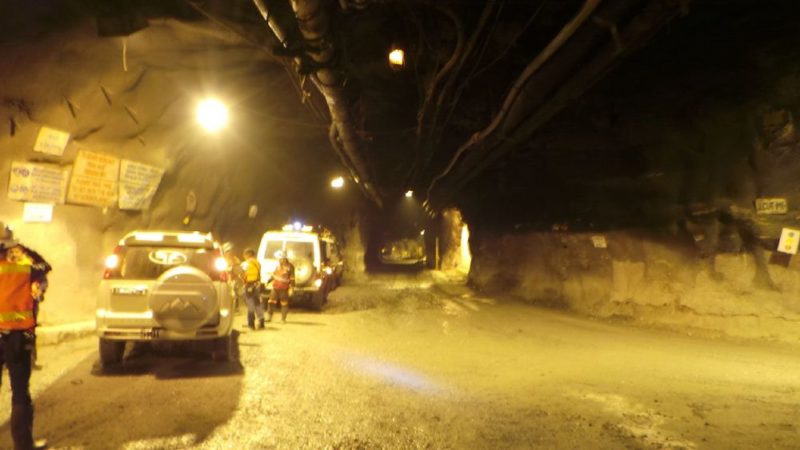 Jayapura, Jubi – A statement by the former Indonesian Minister of Energy and Mineral Resources Sudirman Said to suggest IPO mechanism to be used in divestment scheme of PT Freeport Indonesia (PTFI) is not right conduct.

A researcher from Alpha Research Database and author of ‘Freeport: Bisnis Orang Kuat Vs Kedaulatan Negara’ Ferdy Hasiman said IPO mechanism has never recommended by Law No.4/2009 on Mineral and Coal.

Furthermore, he continued that through IPO mechanism, Freeport shares would be a target of local wealthy businessmen and politicians. For instance, he said, the release of Garuda Indonesia shares. In this case, former Treasurer of Democrat Party M. Nazarudin bought 400 million shares or equal with IDR 300 billion through his five companies, while a prominent businessman bought 351.6 million shares (10% of GIA shares) after gaining a loan from Credit Suisse.

“This fact showed that the divestment option through IPO for PTFI is not a smart solution, but an instant one,” said Ferdy.

Moreover, when he was a minister, Sudirman Said seemed not able to provide a better solution compared to his predecessors in divesting mine shares. Therefore, Freeport IPO would be a mining landfill of some politicians and business groups for corruption and collusion practices. Besides this, Sudirman also responded to the contract extension and the construction of smelter.

Regarding Freeport’s contract extension to 2041, this is a business decision. Without this, Freeport would not invest in the underground mine which valued up to US$17 billion and the construction of smelter would not be started.

“So, the political reasoning would never able to understand why the government should extend the contract until 2041. The corporate mechanism taken by the government to take over Freeport shares is the most elegant move” said Ferdy.

“Sudirman might try asking the investors who want to build a copper smelter of US$2.3 billion values if their permit is not going to extend? How could they think reversely: build the smelter then extend the contract later. No wonder if negotiation related to its divestment with Freeport were not working,” explained Ferdy.

The Government of Indonesia through its holding company Inalum now officially holds 51.23% of Freeport shares at the end of the last year. The government then issued a Special Mining Business License (IUPK) with some notes that the Freeport’s contract would extend up to 2041, it’s obliged to build a copper smelter and the government guarantee the certainty of fiscal and investment for Freeport.

The government’s decision to extend the contract until 2041 might consider right because Inalum still requires Freeport to manage the high-tech and sophisticated infrastructure of the underground mine. The block caving method used in Grasberg’s underground mine for some mining geologists is indeed high risk and require considerable investment funds.

GEMPAR TO BE BACK ON STREET AGAINST NEW AUTONOMY BILL