Free Papua Movement looks to PNG to push for negotiations 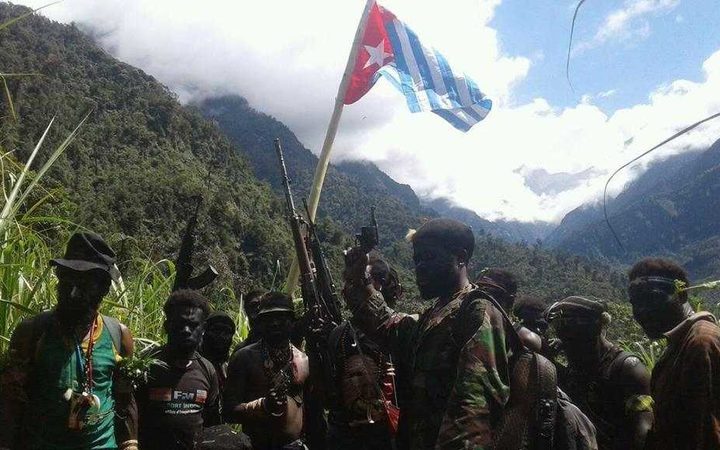 Since the latter part of 2017, fighters with the West Papuan Liberation Army, or TPN, have intensified hostilities with Indonesia's military and police in Tembagapura and its surrounding region in Papua's Highlands. -Photo: RNZ / Suara Wiyaima

Since the latter part of 2017, fighters with the West Papuan Liberation Army, or TPN, have intensified hostilities with Indonesia’s military and police in Tembagapura and its surrounding region in Papua’s Highlands. -Photo: RNZ / Suara Wiyaima

PNG, Jubi – The Free West Papua Movement, or OPM, says it has political support in Papua New Guinea to push for negotiations with Indonesia.

Along with its armed wing, the West Papua Liberation Army, the OPM plans to hold a press conference in PNG’s capital next week.

The Port Moresby press conference scheduled for the last day of January is expected to unveil the OPM’s plans for proposed negotiations with Indonesia.

It will also address a humanitarian crisis in the central Highlands of Indonesian-ruled Papua.

OPM and Liberation Army spokesmen gathering in Moresby said the conflict must be ended peacefully.

Port Moresby’s governor, Powes Parkop, is expected to join them at the conference to directly invite Indonesia’s government to the negotiating table, they said.

In recent weeks, Mr Parkop has publicly called for PNG to push for an independence referendum for West Papuans.

However, Jakarta has previously refused to negotiate with either the OPM or the Liberation Army, branding them criminal groups. (*)

GEMPAR asked Chief of Police office to realize his words