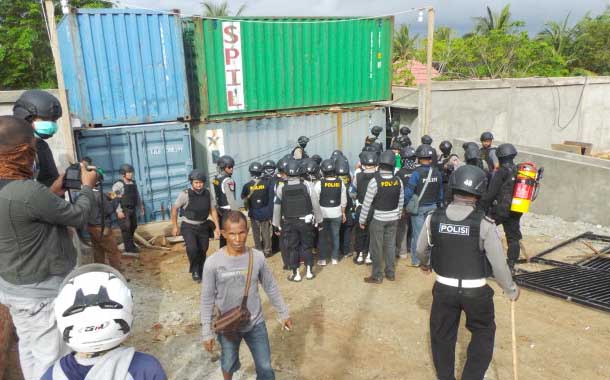 Sorong, Jubi – Convicted of money laundering, Labora Sitorus was reportedly hiding in a bunker before he was recaptured after escaping to avoid serving a jail sentence.

His former assistant, Rafli, admitted that he was shocked.

Rumors said the former Raja Ampat police officer was hiding in a bunker, but some said he escaped overseas by sea.

Municipal Sorong Police Chief Adjunct Senior Commissionaire Karimmudin Ritonga when confirmed by Jubi on Saturday said he is still investigating this case to not speculate because the Police is still need more information and evidences.

Labora Sitorus was initially disappeared when the officers came to transfer him to Cipinang Prison in Jakarta. Based on the information received by Jubi, he left his house since Friday morning at around 07:00 local time when 600 full-equipped police officers assisted by military personnel came to the location of PT. Rotua owned by Sitorus with barracuda.

Shut Down All Illegal Companies in Paniai, Activist Says