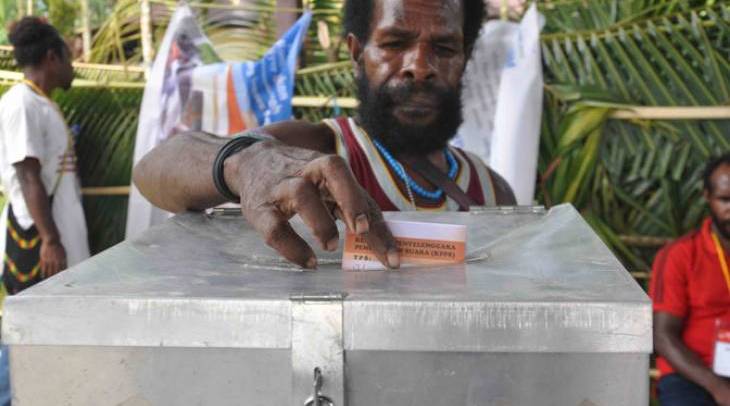 The permits can be obtained from the Foreign Ministry, Chief of the Manokwari Immigration Office Bugie Kurniawan said in a press briefing on Friday (12/4/2019).

The foreign monitoring institutions must be official institutions accredited by the Election Supervisory Board (Bawaslu).

“Foreign monitoring institutions can monitor the elections through two ways. One of them is that they are invited by the elections’ organizers such as KPU (General Elections Commission) and Bawaslu,” he said.

The second way is that they can file applications, while they must meet qualifications as monitoring institutions, he said.

Foreign journalists wishing to cover the elections must secure a permit from the Foreigners’ Visits Coordination Team (Tim Pora) at the Foreign Ministry. The team is made up of representatives from the State Intelligence Board (BIN), the National Police (Polri), immigration office and other related supervisory elements.

He said the Manokwari Immigration Office will supervise foreign nationals before and after the April 17, 2019 elections.

The Immigration Office is coordinating and exchanging information with Bawaslu, intelligence officials, and law enforcers and Tim Pora.

“We will supervise foreign journalists and monitoring officers up to a sub-district level before, during and after the 2019 elections,”: he said.

On 10th April, Bugie Kurniawan has insisted that it will take firm action against foreign journalists trying to cover the elections in West Papua.

“We will act firmly if there are foreign media [journalists] reporting on April 17. Report them to use if there are foreigners covering TPS [polling stations], we will secure and deport those concerned and enter their names on the banned list”, he said.

Kurniawan continued saying that the immigration office is coordinating with the General Elections Supervisory Board in dealing with foreign journalists reporting in West Papua. (*)