Food Shortage in Tree Sub-districts Due to Frost 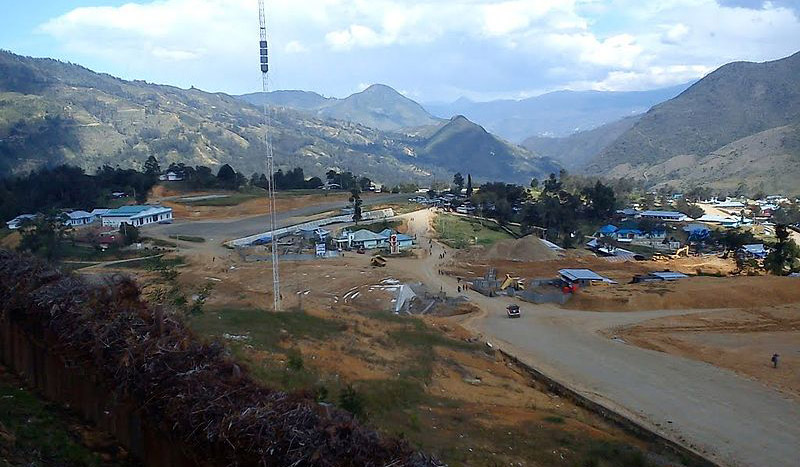 Jayapura, Jubi – Residents of Lanny Jaya Regency was lacking of food stocks following the harvesting failure due to frost that occurred in the most part of regency, the Head of Lanny Jaya Agriculture Office, Andreas Agapa, confirmed Jubi on Thursday (29/10/2015) at Kantor Dinas Otonom, Kotaraja, Jayapura Municipality.

Andreas Agapa admitted it was the worst disaster occurred in the regency. “It had occurred for three times, but this time is the worst,” he said. Up to now, he further said the local residents of four sub-districts namely Mulamineri, Tiomeri, Balingga and Pirime were forcedly to move to other sub-districts. “Currently there are three sub-districts that could not be planted because the seeds would be dried. When it was happened, people must wait for new plantation until the early of New Year,” he said.

Further Andreas Agapa was highly appreciated the Food Security Office to provide 15 tons of rice for the local residents. “We just need to take it from the Wamena Logistic Body to further distribute to the refugees,” he said.

Earlier, the Meteorology, Climatology and Geophysics (BMKG) Office Region V Jayapura said that a nature phenomenon occurred in the Agadugume Sub-district, Puncak regency is not categorized as hail, but a iced dew that similarly with the nature phenomenon happened in the Dieng Mountains of the Central Java.

A forecaster of BMKG Region V Jayapura, Irio Agung Kalabak said based on satellite observation in Papua Region, since July there is no cloud formation to cause a rainfall. This condition is similarly happened in other regions in Indonesia, which is moderately affected by El Nino before entering the long dry season until August. Especially for Papua, the quite extreme dry season would be occurred due to the indirectly impact of two tropical cyclones that centered in the Pacific, northeast of Philippines and the South China Sea.

“Its impact in the lowland areas is the extremely low rainfall, on the other hand the extreme weather would be occurred in the mountainous areas, which the heat during the day and cold temperatures at night that could reach the freezing point. This phenomenon makes the dew turns to ice,” he said in mid July. (Roy Ratumakin/rom)

COMMISION E OF DPRP : REGENTS IN PAPUA NEED TO BE CONSISTENT ON EDUCATION FUNDING DISTRIBUTION

Drugs Enough For the Next Five Months