Floods and landslides occurred in Jayapura after heavy rain

Jayapura, Jubi – A thunderstorm hit Jayapura City and its surrounding areas from Wednesday to Friday, 5-7 January, 2022, causing a number of places in Jayapura to be inundated by floods and affected by landslides.

Heavy rain throughout Thursday night until Friday morning caused the water to overflow on the Soa Siu Street, or in front of the Papua Governor’s Office.

A number of areas that have been subject to flooding were inundated as well. For example, in the office area of the Kotaraja Autonomous Complex, Perumnas 1 Area, and its surroundings.

Entrop and the Papua Trade Center (PTC) commercial and business complex were flooded. Even the South Jayapura Police Headquarters was submerged in water. The Hamadi Square area, South Jayapura District, was not spared from flooding. 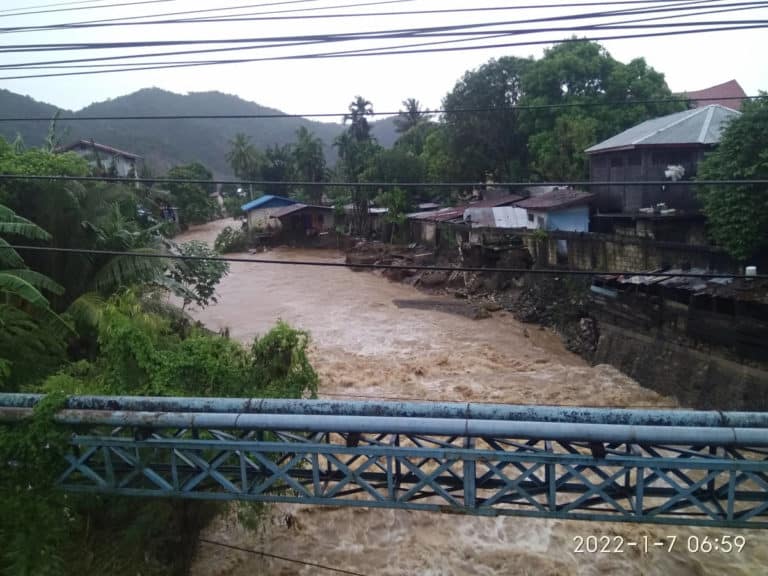 a resident’s house on the outskirts of the river next to the Waena bridge almost collapsed in the flood. Jubi/Jean Bisay

Tjigombong, Kotaraja Regional Government Housing, and the Dafonsoro Street Perumnas 1 were inundated by water as high as an adult’s thigh.

Natalia, a resident of Perumnas 1, told Jubi that water overflowed from drains along the road and entered the residents’ houses. “Water overflowed on Dafonsoro Street Perumnas 1 and flooded a number of houses. The water rose as high as an adult’s thigh,” Natalia said.

Besides residential areas, a number of public facilities such as hospitals were also submerged, such as the Marthen Indey Hospital owned by the XVII Cenderawasih Military Command and the Dian Harapan Hospital.

Jubi reporter Timoteus Marthen reported that his boarding house and other houses in the Perumnas 2 area were also flooded. 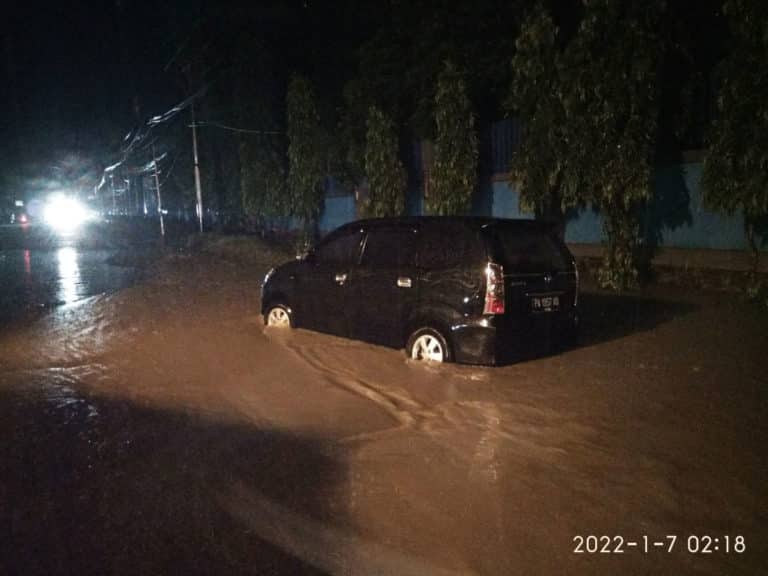 Landslides and floods also hit the Bucen Entrop area, including the South Jayapura District Office. Fallen trees were also reported at a number of places. Vehicles caught in the flood were abandoned by their owners in front of the Waena PLTD and the bridge before the Waena Indonesian Military post incline. (*)