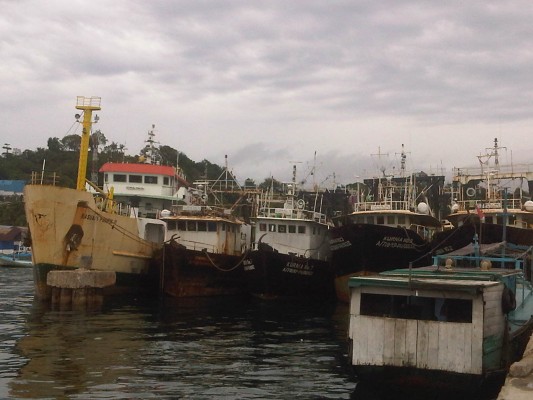 Sorong, Jubi – PT. Alfa Kurnia has decided to sell nine motorboats docking at Sorong Fishing Port, Papua Barat Province, after ceasing operations since last year due to a moratorium on fishing imposed by Minister of Maritime and Fisheries Susi Pujiastuti on 10 October 2015.

PT. Alfa Kurnia CEO Supriyanto said those motorboats were sold to other companies with fishing operation licenses to catch fish in Papua and Papua Barat waters.

“We have stopped the operations since the moratorium was issued, so we will just sell the boats,” he told reporter in Sorong on Monday (21/3/2016).
PT. Alfa Kurnia ex-worker Hendrik who was a ship crew said currently he loss income since the moratorium applied. “I just expect to have income as motorcycle taxi driver,” he said. (Niko MB/rom)