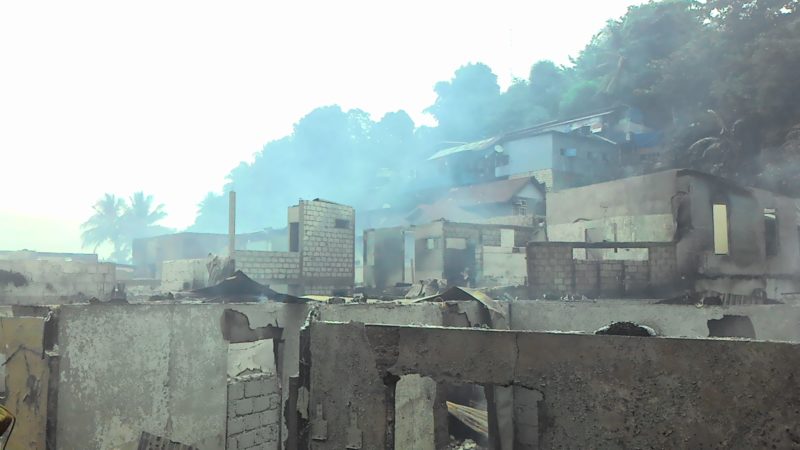 “Until now the police are still looking for the cause of the fire,” said Head of Numbay Urban Village, Berry Heryansah, to Jubi at the fire location, Tuesday (October 24).

The value of losses and casualties caused by fires in two neighborhoods of urban villages of Numbay are still investigastion. The fire incident, however, have caused 250 families in the area lose their homes.

Until 09.00 local time, Indonesia National Army, Regional Body of Natural Disaster Countermeasures (BPBD), and city government, together with residents work together to build tents for victims who lost their homes.

A resident of Numbay, Hendrik, said he is very shocked after a fire and heard screams of panic from residents. “I went straight out trying to extinguish the fire, but I could not because it already spread to another house,” said Hendrik.(tabloidjubi.com/Zely)