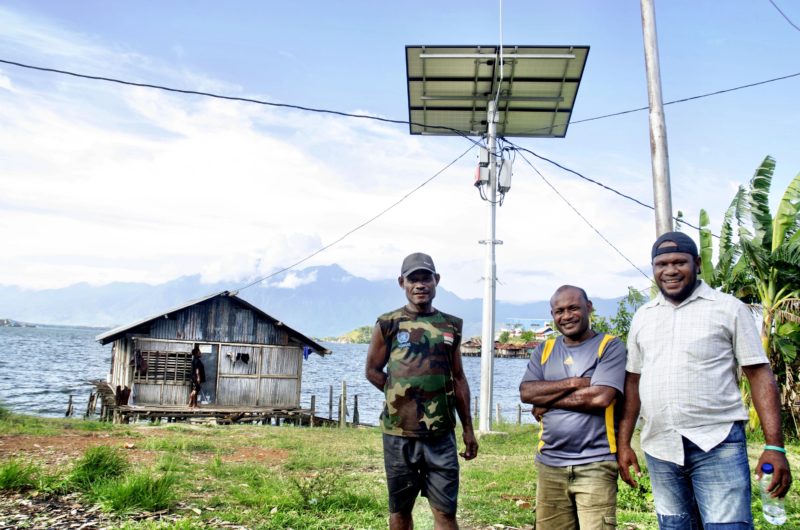 The joint venture aims to develop, finance, build, operate and maintain photovoltaic smart microgrids to serve approximately 2.5 million people across the Province of Papua, providing sustainable 24/7 Alternating Current electricity to 3,000 villages over a period of 20 years.

Consumers will be able to pay by mobile phone. The total investment is estimated at USD 240 million over the next five years, ENGIE said in a statement.

“This project is fully aligned with the strategy and vision of the ENGIE Group. We aim to be a forerunner in the new energy world through co-innovation and partnerships, designing and developing new energy models which are decarbonized, digitized, decentralized and to improve the lives of people and support growth opportunities for businesses and communities,” Didier Holleaux, Executive Vice President of ENGIE Group, said.

“This partnership is a huge step forward for Electric Vine Industries and for our efforts in remote electrification in Indonesia. We are now backed by ENGIE, the largest independent electricity producer in the world and are excited about their support in bringing this project to fruition,” Bryse Gaboury, Co-Founder and CEO of Electric Vine Industries.

Electric Vine Industries have been operating a pilot microgrid since March 2015 and has succeeded to provide a population of 250 people with 24/7 electricity in the past two years, which is a significant increase from only three hours per night. The electrification not only supports the basic electricity needs of the villages, but also enables income generation opportunities.

Today, Papua has the lowest electrification ratio when compared to other provinces in Indonesia.

The project contributes to the Indonesian government’s target to enable 100% electrification across the country by 2020 and has received support from the local government, as the project implementation is guided by the Energy and Mineral Resources Ministerial Regulation No. 038/2016 on “Acceleration of Electrification in Areas of undeveloped, rural, border and small inhabited islands through small scale electric generation”.

ENGIE said this JV showcases its commitment to contributing to Indonesia’s economic development through sustainable energy access and rural electrification. ENGIE has also started construction in Indonesia of its first high temperature geothermal power generation plant in the world, Muara Laboh, which is the Group’s first renewable project in the country.

“This project is fully aligned with the strategy and vision of the ENGIE Group,” says executive vice president of ENGIE Group, Didier Holleaux.

Co-founder and CEO of EVI, Bryse Gaboury shares these sentiments. “This partnership is a huge step forward for Electric Vine Industries and for our efforts in remote electrification in Indonesia,” says Gaboury.

Today, Papua has the lowest electrification ratio when compared to other provinces in Indonesia, but this joint venture seeks to hang that.

ENGIE signed three partnership agreements to jointly fund, build, operate and manage micro networks and other renewable energy projects in various regions of Indonesia, with a total investment value of $1.25 billion over the next five years.

While, ENGIE with Sugar Group will invest up to $1 billion over the next five years to develop renewable energy projects in Sumatra and eastern Indonesia. The company also joint with PT Arya Watala Capital will invest $15 million to develop solar power plant in East Nusa Tenggara.

ENGIE employs 153,090 people worldwide and has revenue Of €66.6 billion in 2016. Otherwise EVI is a private micro-network developer that provides energy access sustainable and provide an opportunity to generate income to households that are not equipped with electricity throughout Southeast Asia.(*)

PAPUA GOVERNOR WARNS FREEPORT NOT TO PLAY DOWN GOVERNMENT REQUEST

Police Must Be Strengthened To Win Public Trust