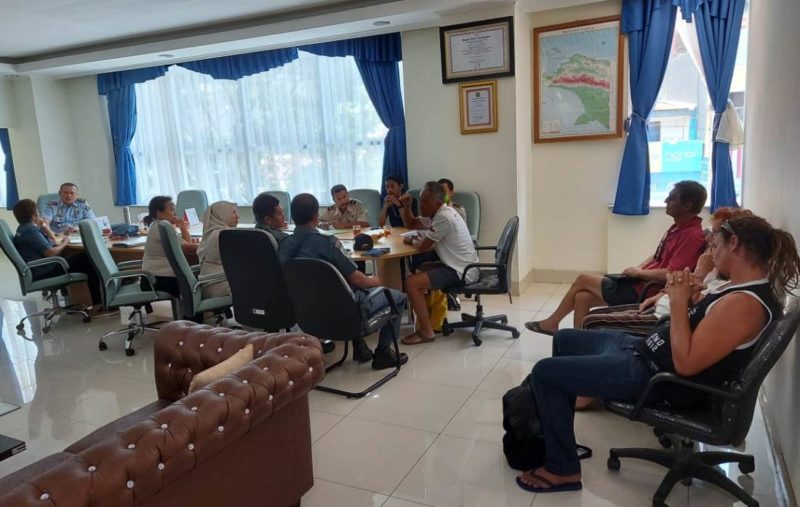 The Head of Jayapura Immigration Gatut Setiawan states the four foreigners arrived in Jayapura by two different yachts. The Singaporean Wong Tet Chong took Ximula-3 Langkawi, while Bruno Coolmet of France came to Jayapura with his wife and future son-in-law by Krypton.

“The four sailed from Sorong, West Papua Province and got clearance from Sorong Immigration. But, as soon they arrived in Jayapura, they were going to the downtown without reporting their arriving to the quarantine office and seaport authority,” said Gatut in Jayapura on Wednesday (18/3/2020).

In his statement, Gatut said Wong Tet Chong initially wanted to sail his yacht to Papua New Guinea but change the destination to Jayapura due to bad weather and engine problem. Besides, the authority of Papua New Guinea has currently closed access to the country.

“The immigration, quarantine office and seaport authority has interrogated (him) and conducted the thermal check as a procedure of coronavirus anticipation. His body temperature was normal, so we gave him two days to leave the Jayapura water. If he is still around [more than two days], the seaport authority will forcibly pull out his yacht out of Indonesia,” said Gatut.

Meanwhile, Gatut said the immigration did not found any immigration violations conducted by Bruno Coolmet, his wife and their future son-in-law because they have a legal permit to stay until 1 April 2020.

“Although they did not break the immigration rule, they should deal with both quarantine office and seaport authority because [docked and left their yacht at the seaport] without reporting. In the future, we will be more restricted to protect the security of the sea from invasion by foreigners or others by involving the quarantine office, seaport authority and other relevant offices,” said Gatut.

After completing their administrative issue with the quarantine office, the three French national should leave the Jayapura Sea. “The immigration is keeping their documents as a guarantee,” he said.

Earlier, Deputy Governor of Papua Province Klemen Tinal asked the Immigration, Seaport Quarantine Office and other relevant offices to restrict the surveillance over passengers at airports, seaports and other entries to anticipate the spreading of coronavirus to Papua.

“Restriction and inspection should be done more strictly to both foreign and domestic passengers coming to Papua,” he said. (*)