Jayapura, Jubi – Tens of residents of Kisor Village, South Aifat District, Maybrat Regency who have been displaced since September, returned to their village on December 9, 2021, though it was only for a few hours to collect some of their stuff and day-to-day needs and take it with them to the refugee camps.

A member of the Complaints Division of the Papua office of the National Commission on Human Rights (Komnas HAM), Melchior S Waruin, said that his party assisted as many as 98 internally displaced people who went to take their belongings in the village.

“After coordinating with the Regional Government Coordination Forum, the residents together with the Komnas HAM headed to Kisor Village, using 27 cars prepared by the Maybrat Administration,” Waruin told Jubi on Sunday, December 12.

According to him, when entering the village some of the mothers began to cry, they felt grateful to be able to return to their village, even if only for a moment.

When the people arrived at their houses, Waruin said, most of the houses were damaged. “Inside the house is a mess. These people can only pack items that are handy, such as clothes, securities, mattresses, and others. Some people took their motorbikes. There are also those who complain because important items are missing,” he said.

Waruin said the displaced people were at the Kisor Village for about four hours before returning to the evacuation posts. However, such a brief visit implied a message for all parties, especially the Maybrat Administration, that the displaced people wanted to return to their lives before the armed conflict, they wanted to live in their villages peacefully.

“They want to eat from what they earn, sleep in their own houses, and slowly rebuild the peace that has been torn apart. [To live a peaceful life] is irreplaceable,” said Waruin.

“There must be a clear scheme from the local government regarding guarantees of security, basic needs, education, and health, as well as repairing damaged houses,” he added. 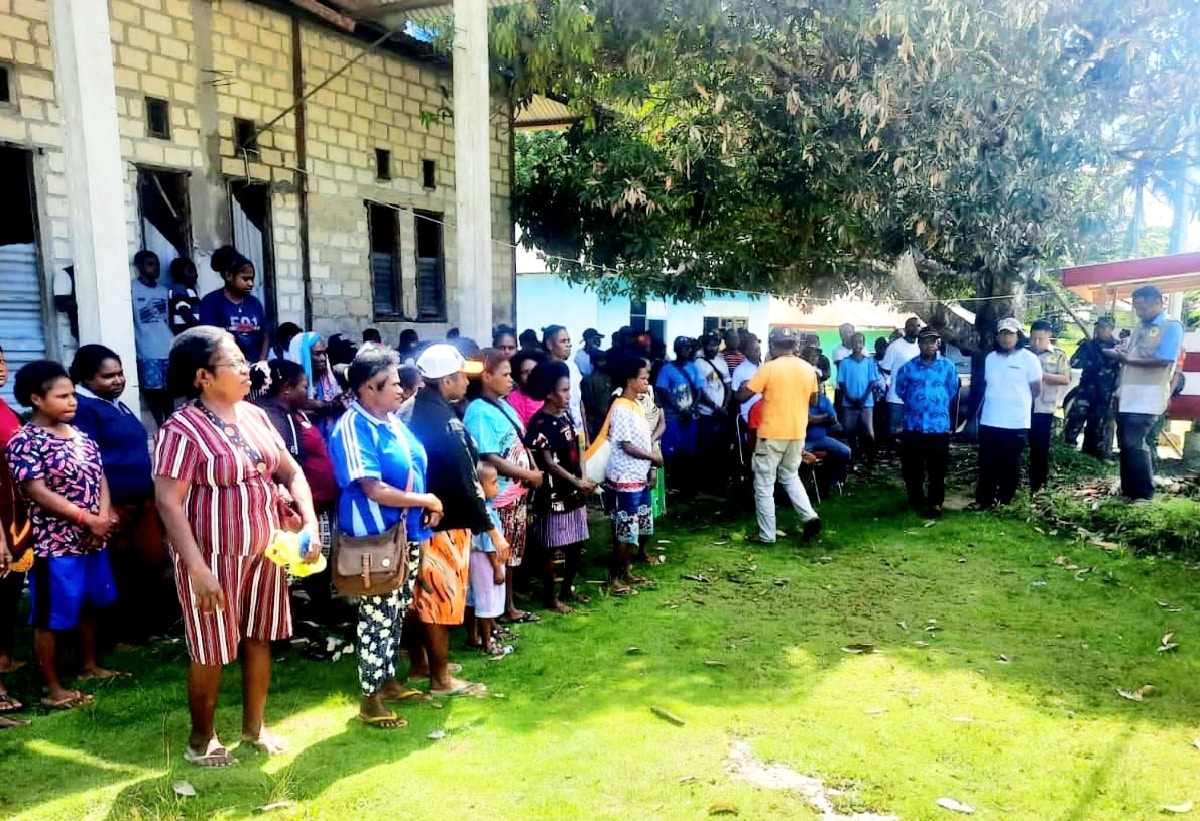 The villagers Kisor, when ready to go visit the village on December 9, 2021 – Jubi/Doc. The national human RIGHTS commission Representatives Papua

At least 3,121 residents of Kisor Village fled after the attack on the Kisor Military Post by an armed group on September 2. The attack killed four Indonesian Military (TNI) soldiers and injured two other soldiers. After the incident, the security forces immediately swept through villages chasing the alleged perpetrators, prompting the people to take refuge. The displaced people are now scattered in Ayawasi, Kumurkek, Fategomi, Sorong City, Sorong Regency, South Sorong, and Bintuni. Some are still taking shelter in the forest.

Bernardus Baru of the Order of Saint Augustine Sorong-Manokwari Diocese said the residents intended to return to their hometowns because according to their observations, there have been no longer attacks between the TNI and police and the West Papua National Liberation Army in their villages recently.

“This indicates that their village is safe so they should return home soon,” he said, adding that the Christians also hope to celebrate Christmas in peace and joy with their families in the village. (*)