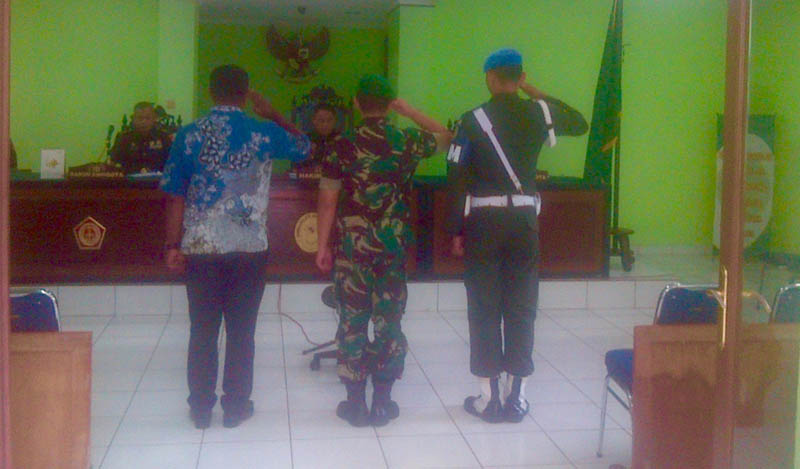 Jayapura, Jubi – Through his legal advisor, Serda BS, who was accused of the burning incidents of holy book, asked the Military Court III-19, Jayapura, to free himself. Serda BS was charged 12 months, cut the prison term.

The head of Komnas HAM’s Office of the Papua Representative, Frits Ramadey, said it was the job of legal counsel to defend his client. But he hopes the judge’s decision on September 28, 2017 to come to give a sense of justice to the community.

“Not only people of certain religions, but also other religious followers,” said Frits Ramadey.

He considered the act of negligence of the defendant to cause vulnerability to friction in society. Frits hopes there is no other consideration that makes the judges decide without giving a sense of justice.

In June, the Commander of Cemderawasih XVII said in Article 156a of the Criminal Code that anyone intentionally publicly exposes feelings or acts that are essentially hostile, abusive or defamatory to a religion held in Indonesia in order to prevent adheres to any religion, which is contained Belief in the One Supreme God is sentenced to five years.

“If there is an element of intent, the punishment can be maximized so that I order Denpomdam to process by law. I have reported to the Chief of Military Commander and Chief of Staff of TNI, the guidance, according to the rule of law applicable to the process of the soldiers who made mistakes, ” he said at the time. (*)

Do Not Just Dwell on Tolikara Incident, Chairman of Papua Legislative Council says