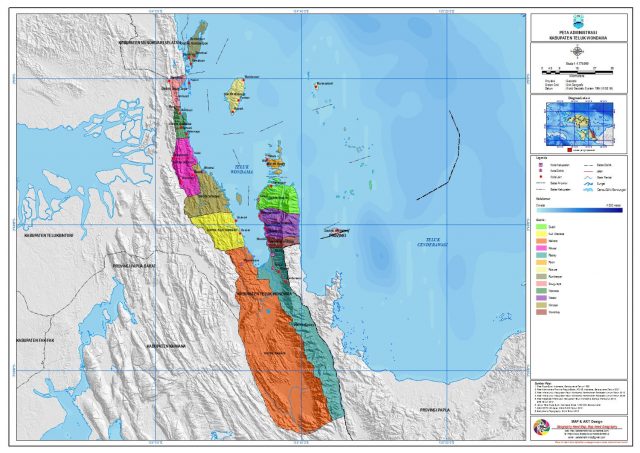 The Mairasi tribal communities from Undurara, Wosimo and Inyora villages sent a statement letter stated on 12 May 2019 to oppose PT KTS to operate in Mairasi.

“People feel uneasy and disturbed due to the presence of the company and the military. It creates unsecured, disharmony and has no guarantee of providing economic benefit to the community,” Agust Veth from Pemuda Suku Mairasi told Jubi by phone on Sunday, 9 June 2019 in Jayapura.

According to Veth, people have not forgotten the incident of Bloody Wasior (2001) that allegedly triggered by logging activity from the timber company Darma Mukti Persana. Further, he said the human rights violation case in Wasior has not settled since then.

“Now, the military along with some public leaders represent the LMA (Customary Council) who facilitate the meeting on ‘Social Communication’ allegedly want to intimidate and force the local community to approve the logging company to operate in Mairasi. However, the local community continue to decline the company and refuse to attend the meeting.”

Mairasi people have objected the timber activity of KTS since 2012, while in 2013, a military culprit based in KTS logging area in Sorong allegedly tortured three residents from Sararti and Ambuni villages. The incident then reported to the local government, the People’s Assembly of Papua Barat and the Minister of Forestry. No action towards both perpetrator and the company has yet taken.

“Some reports revealed that PT KTS had some internal and financial issues. The company cannot pay the IUPHHK-HA (licence for utilization of timber in natural forest) and has a deficit (source: www.nasional.kontan.co.id, 2010; PT. Inti Multima Sertifikasi, 2015),” added Vest.

The logging company PT Kurniatama Sejahtera obtained the IUPHHK-HA from the Minister of Forestry (now the Minister of Environment and Forestry) Nomor SK.648/Menhut-II/2009 on 15 October 2009 to permit it to operate in a concession area of 115.800 hectares located in Teluk Wondama Regency. PT KSP is a subsidiary company of Artha Graha Group operating in Teluk Wondama Regency.

Concerning the permit, the civil society organisations ask the Minister of Environment and Forestry to evaluate the permit of PT KSP and give penalties for their negligence.

“We also ask the Military Commander of XVIII Kasuari to urge the Military District Command Sector Wasior and other local military authorities to stop using the military approach and intimidation towards the local community and backing up the interest of PT KTS.”

“They should prioritise respect, protection and fulfilment on human rights and environment, especially the basic rights of Mairasi Tribe. Most importantly, they must prevent the reoccurrence of the same conflict. Therefore, the law enforcement and legal protection of Mairasi Tribe are in need.”

However, the Ministry of Environment and Forestry, Military Command of Kasuari and PT KTS have not confirmed this information. On the other hand, Konstan Natama, the Acting Sub-district Chief of Naikere, Teluk Wondama Regency told Antara on 18 January 2018 that he was concerned about the massive logging activity by PT KTS clearing out the ironwood trees in Naikere.

Meanwhile, Franky Sanperante from Yayasan Pusaka said another subsidiary company of Artha Graha Network is PT Papua Satya Kencana with IUPHHK-HA license No SK.647/Menhut-II/2009. It has a concession area of 195.420 hectares located in Teluk Bintuni Regency.

“Combined, the total concession of the two companies is about 79% of the total area of Teluk Wondama Regency (3,960 Km2) or fivefold of the area of Jakarta,” said Frangky.

In the report published by Research and Development Centre of Department of Health of the Republic Indonesia “Merindukan Hidup Sehat Orama Etnik Mairasi Kabupaten Teluk Bintuni, 2014”, it mentioned that trees with a diameter of one meter such as ironwood and mahogany found in that area.

In Naikere, PT KTS has cleared out the trees since 1990 and stopped the operation at the time of Wasior incident (2001). Timber trucks carried one or two logs of wood with a diameter of one or two meters three or four times a day at that time. (*)

Jayawijaya Students Dig in Their Heels over Mobile Brigade Headquarters