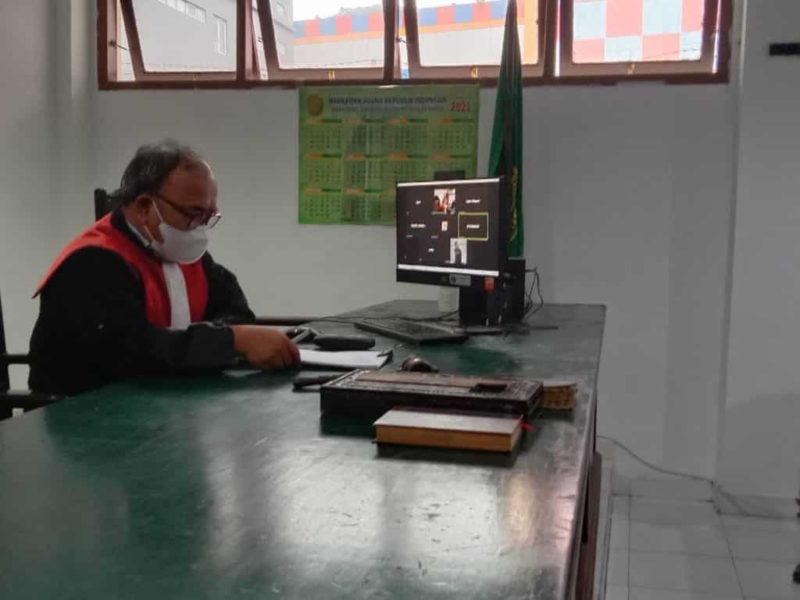 Jayapura, Jubi – The Jayapura District Court has rejected all motions filed by Victor Yeimo, the international spokesperson for the West Papua National Committee (KNPB) and leader of the Papuan People’s Petition, against the Papua Police and its unlawful move to detain and accuse him of provoking riots in the antiracism protest in 2019.

Yeimo’s lawyer Emanuel Gobay said the police did not bring an arrest warrant when detaining Yeimo and the police who arrested Yeimo was the Nemangkawi Task Force, who had no authority to arrest Yeimo. The Papua Police insisted that they brought a warrant but failed to show it to Yeimo as Yeimo resisted. The police also argued that among the Nemangkawi Task Force, there was an investigator who had the authority to arrest Yeimo.

The sole judge handling the pretrial, Roberto Naibaho, declared the pretrial invalid, arguing that the trial of Yeimo’s case had already been registered at the Jayapura District Court. The judge also charged the plaintiff with a fine of Rp 5,000.

“And so it was decided on Tuesday, August 31, 2021 by the judge who was presented by the defendant’s attorney and the plaintiff,” Naibaho read the pretrial verdict. After reading the verdict, Naibaho officially closed the pretrial.

Gobay on behalf of Yeimo said that in principle, he and his client accepted the pretrial decision. “The decision is the judge’s authority and we respect that,” he said.

However, Gobay questioned the argument supporting the decision, wherein the judge rejected the pretrial merely because the trial was already underway, while the other arguments put forward by the plaintiff were not considered by the judge.

“[The decision was made] without looking at the other arguments we put forward. Why didn’t the judge bring them up? What is this all about?  We have been open [about some facts] during the pretrial hearing. This shows that the judge only saw the argument for the case to be dismissed,” said Gobay.

The hearing itself has previously been suspended twice as the Papua Police chief did not attend the first hearing and Yeimo’s legal advisor demanded the hearing be postponed due to Yeimo’s illness.