Timika, Jubi – Lawmaker of the Papuan Legislative Council Feryana Wakerkwa appreciates the performance of the security forces in Sinak District, Puncak Regency, Papua. According to a number of community leaders whom Wakerkwa met in Sinak, the area previously affected by armed conflict throughout 2015 and 2016 is now relatively safe because the Indonesian Military (TNI) there are able to communicate with local residents.

Wakerkwa told how the Sinak people regarded the response of the security forces the past three years. “Usually, if any of their members are shot or become victims, the security forces go after the perpetrators. But if they don’t find the perpetrators, civilians become the target. But now it’s different. People say that the TNI [in Sinak] protects the community through good communication with the community and community leaders,” he said.

The name Sinak District was known through the incident on March 15, 2016, wherein four construction workers of the Trans Papua road from the Ilaga-Mulia District were shot dead and at least three civilians were taken hostage by the West Papua National Liberation Army (TPNPB) led by Lekagak Telenggen and Kalenak Murib.

During the incident, excavators, bulldozers, and other heavy equipment were set on fire. The location of the attack was in Agenggen Village. The incident started when dozens of people suddenly appeared and immediately attacked five workers of PT Modern. One worker managed to escape, whereas four others were killed, including the contractor named Anis. 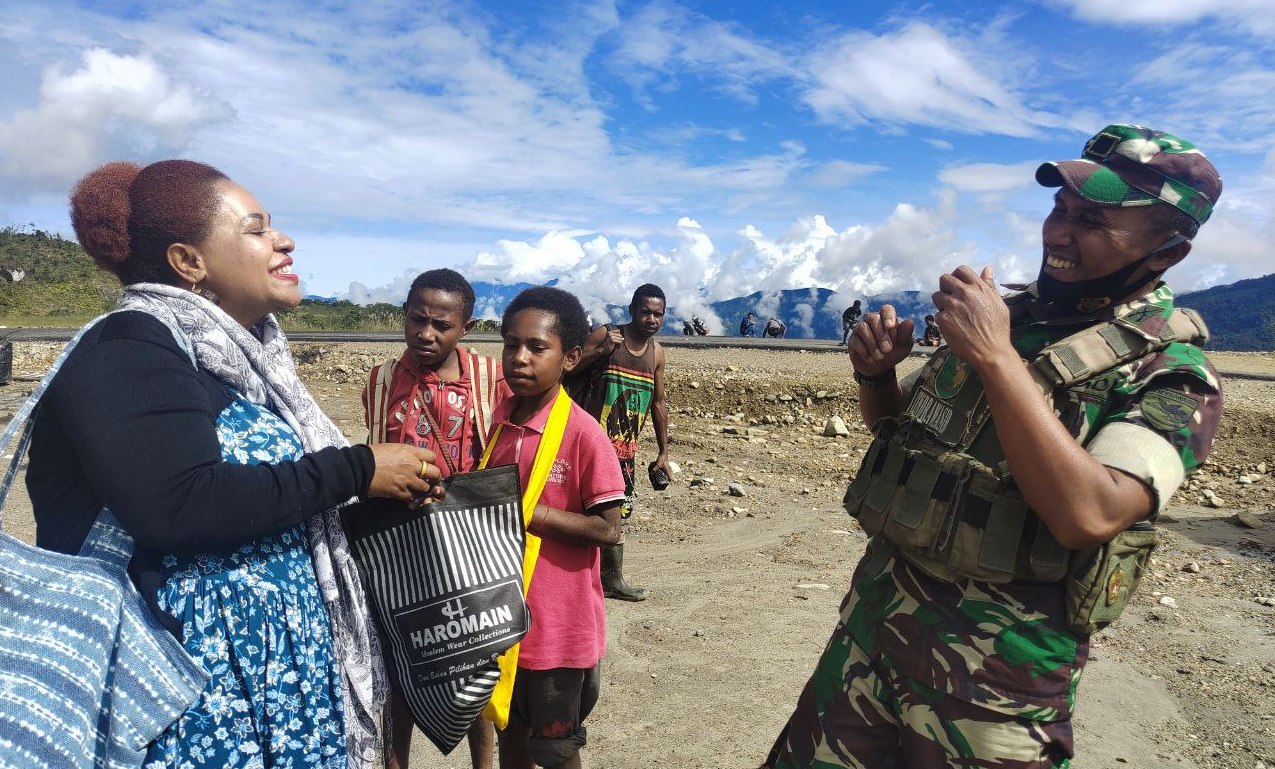 Members of the PARLIAMENT of Papua, Feryana Wakerkwa and the Commander of the military command Area Sinak, Muhammad David on the field flying Sinak, Puncak, Papua. – Jubi/Yuliana Lantipo

Now, Sinak’s situation is claimed to be much safer as TNI soldiers stationed there can communicate with local residents. Commander of Sinak Military Command Muhammad David, whom Jubi also met in Sinak, said he was ready to carry out the tasks assigned to provide security and comfort for the community. “We are ready,” he said briefly in response to the extension of his command in Sinak.

Meanwhile, TNI Commander Gen. Andika Perkasa instructed soldiers in Papua and West Papua to prioritize social communication to improve the relationship between the TNI and various community groups. It is hoped that this social communication will foster a sense of mutual understanding and friendship in maintaining the country’s sovereignty. (*)