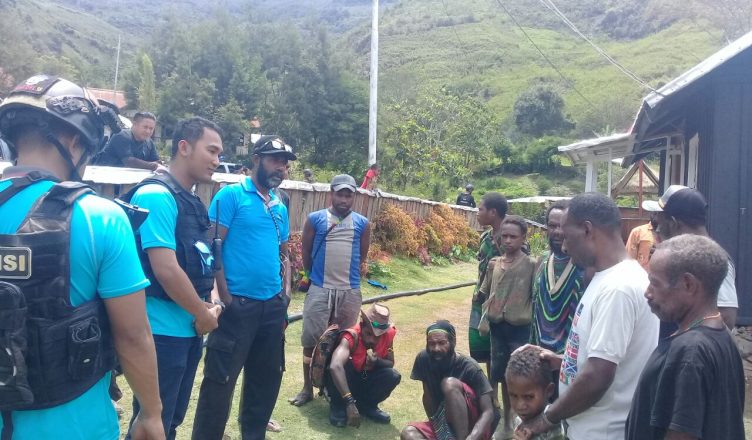 “Five people killed are civilians, including two children and a pregnant woman. Meanwhile, the other two are TPN/OPM members,” he explained by phone on Saturday (6/10/2018).

Furthermore, he said from the information he received from Tingginambut confirmed that these seven dead victims found around the villagers’ houses. So apparently more victims might be found in the woods as many villagers escaped to the forest during the shooting.

“At around 6:45 am of Papua time, the military task force of 20 soldiers led by the First Lieutenant Inf. Angga conducted a patrol when they saw the Morning Star flag fluttering on the hill in Gubuleme village of Tingginambut sub-district. They then found out that the location was the headquarters of the insurgent group under Golliat Tabuni,” said the colonel.

He further said the military warned the group to surrender, but instead they shot a soldier. Consequently, the 30 minutes gunfire between the army and insurgents unavoidably occurred.

Being oppressed, he said the insurgent group finally retreated behind the hill and ran out to the forest, whereas the soldiers took control on the insurgents’ headquarters. An insurgent was down at the location.

Indonesian Government Urged to be Firm on Freeport