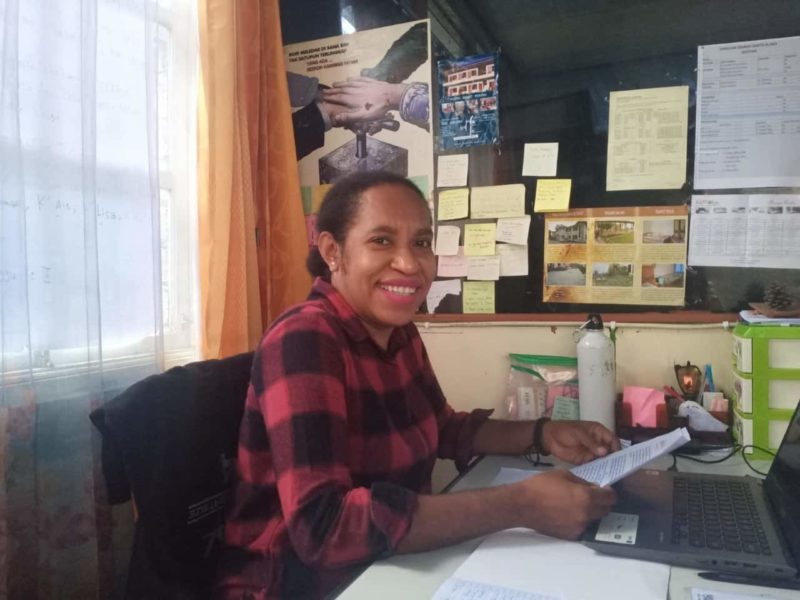 The coordinator of the Women's Division at the Institute for the Study and Advocacy of Human Rights (Elsham) Papua Ani Sipa. - Dok. Pribadi

Jayapura, Jubi – Participating in the 16 Days of Activism Against Gender-based Violence global campaign, this year, the Save Papuan Humans Women’s Coalition will hold a number of activities in Jayapura City under the theme “Papuan Women, Militarism, and Investment”. The series of events will be held for 16 days, starting November 25 to December 10.

Coalition coordinator Ani Sipa said the event would be held online and offline with strict health protocols. One of the most anticipated events is a webinar discussing “The Birds No More”—a report by AJAR with the Christian Protestant Church in the Land of Papua’s Ministry of Justice, Peace, and Integrity of Creation (JPIC GKI), eL_AdPPer, ELSHAM Papua, and the Papuan Women Working Group, which documented 100 stories of women victims of land grabbing and forest loss in Papua and West Papua provinces.

Other than webinars, there will also be photo exhibitions, documentary film screenings, workshops, music concerts, dance performances, gymnastics, and morning walks during the 16 Days of Activism Against Gender-based Violence.

“This is a joint work between communities, NGOs, youth organizations, church institutions, and individuals. Even though it’s the woman’s coalition, the spirit is for all so we hope that everyone will take part in this campaign,” said Ani Sipa on Wednesday, Nov. 24, 2021. 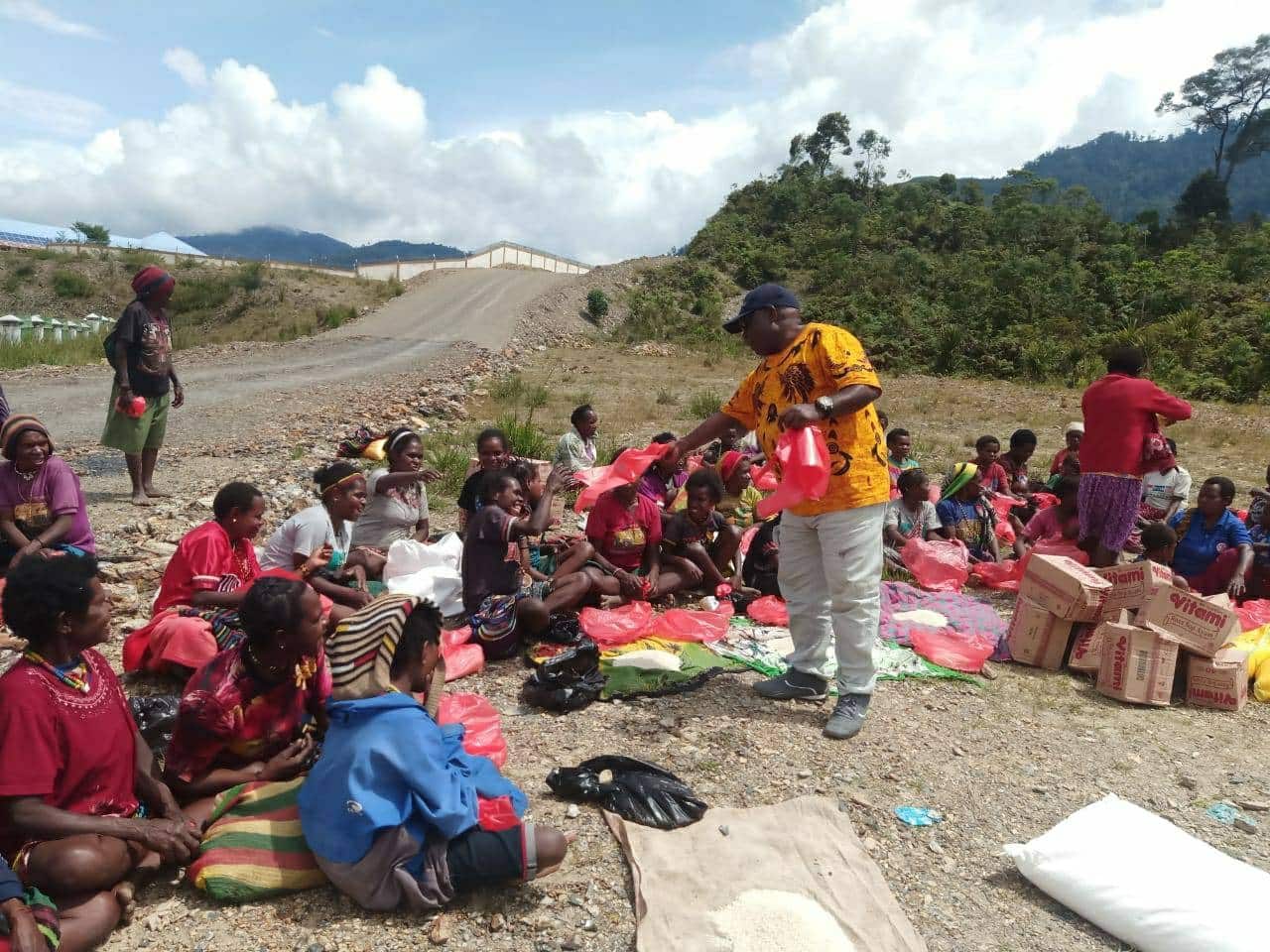 A number of displaced people around the Office of Regent of the Intan Jaya receive food aid on Sunday (14/11/2021). – Dok. Bernadus Kobogau

The JPIC GKI, P3W GKI, and the Women’s Bureau GKI will lead the opening event with a common prayer. JPIC GKI discussion coordinator Rev. Magdalena Kafiar said that November 25 was also the commemoration of the Asian Women’s Day of Prayer.

“In addition to being the first day of 16 Days of Activism Against Gender-based Violence, on November 25 every year we also commemorate the Asian Women’s Day of Prayer. So tomorrow we will pray together at the GKI’s Graha Sara Building,” said Rev. Kafiar. Following the joint worship, she added, was a discussion about the history of the women’s movement and the current situation of Papuan women.

Women, children, and the elderly have always been victims of armed conflict in a number of areas in Papua. Ani Sipa said that in the last three years, the armed conflict in Papua continued to escalate and never seem to end. She recalled the armed conflict between the Indonesian Military (TNI) and police and the West Papua National Liberation Army (TPNPB) at the end of 2018 in Nduga Regency, which resulted in attacks on civilian settlements, and led to a large wave of displaced people even to date. 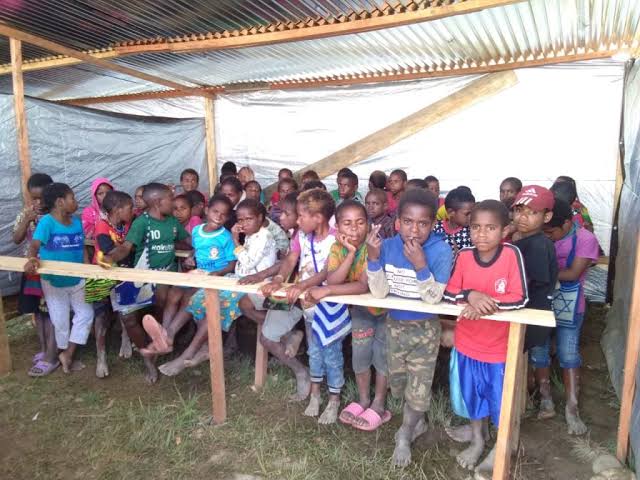 “They walked for weeks and fled to a number of places around Nduga, and became displaced persons with very poor conditions. Women and children suffer the most. Some women were forced to give birth in the middle of the forest on their way to evacuate,” Sipa told Jubi.

While the displaced people in Nduga still struggling, Sipa said, a similar incident occurred in several other areas, such as Intan Jaya Regency.  The conflict in Intan Jaya has been going on since the end of 2019 and continues to this day. Armed conflicts also occurred in Puncak Regency, Bintang Mountains Regency, and Maybrat Regency. Yet again, women and children are the groups most affected by the armed conflict in Papua.

“Such a situation encourages women’s groups in Papua to gather and support each other through the 16 Days of Activism Against Gender-based Violence. Papuan women speak out to reject all forms of violence and investment in Papua that cause Papuan women to become victims, either directly or indirectly,” said Sipa.

The Save Papuan Humans Women’s Coalition hopes that the campaign can increase public awareness of the vulnerability of Papuan women in conflict areas so that the public can further push the government to take strategic policies in dealing with the grim situation in Papua. (*)

BKKBN: Family planning in Papua is not to limit population

Yuliana Wouw, a confident model with a diffability

Sexual abuse and violence against children dominant in Merauke