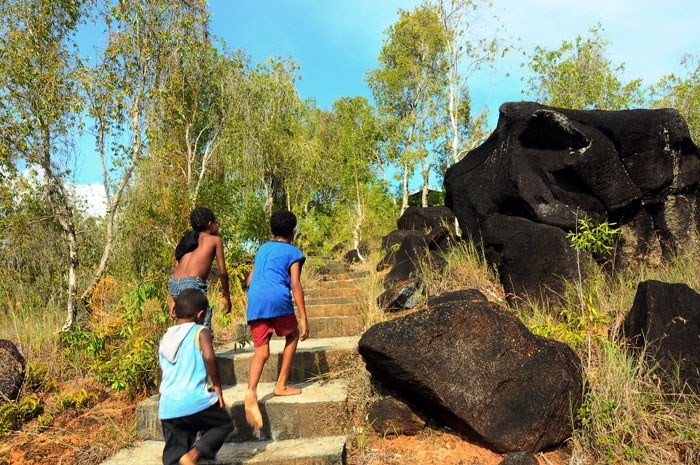 Jayapura, Jubi – Technical Operation Unit (UPT) of the Ministry of Education and Culture, the Institute for Preservation of Cultural Values (BPNP) Jayapura, Papua held a research workshop to discuss about research on history and cultural 2016.

BPNB Jayapura Chief Apolos Marisan said the workshop is aimed to involve stakeholders including the central and regional UPTs in order to understand the direction and goal of the implementation of development by government.

“Thus the participants who are researchers are expected to improve their role in the field of education and cultural which refer to the policy and program of the Ministry of Education and Cultural,” said Marisan in the speech at Metta Star Waena, Jayapura City, on Tuesday (16/2/2016).

This workshop was also aimed to build their insight and knowledge in order to improve the human resources quality in the field of research, assessment and development of research in the interest of nation building in the field of culture.

According to him, it would enforce the formation of researcher groups with good track record and consistent core competency. “To improve the research publication, including books and journal of research in qualified scientific publication media,” he said.

‘To improve the natural and Indonesian cultural resources management oriented to develop the welfare and independence of the nation,” said Marisan. One of participants, Elvis Kabey, said Papuan cultural heritage that has determined as national cultural heritage on 16 December 2013 including tifa, yosim pancar and barapen.

307 NATIVE LANGUAGES ARE IDENTIFIED IN PAPUA

ISOSOLO DANCE ATTRACTS THE VISITORS AT THE SENTANI LAKE FESTIVAL