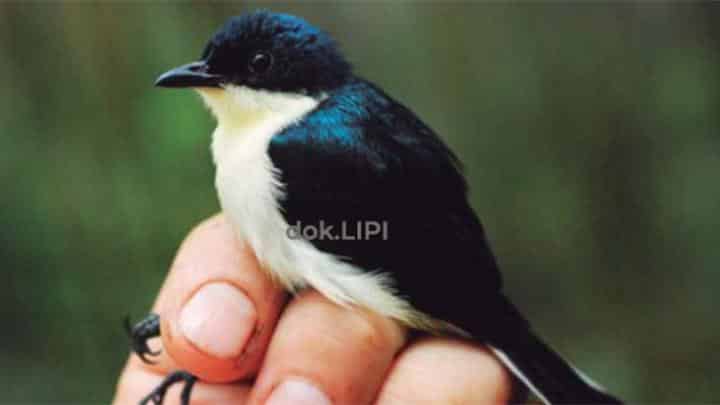 A new type of berrypecker (melanocharis) in the West Papua’s Kumawa Mountains. The discovery of this bird is a collaboration between the Indonesia and France research institutes. Courtesy of LIPI.

Jakarta, Jubi – The Indonesian Institute of Sciences (LIPI)  and the French Research Institute for Development (IRD) have recently found a new berrypecker species of the melanocharis genus in the Lengguru area of the Kumawa Mountains, West Papua.

The new bird species recorded in the June edition of the IBIS Journal, an international journal of avian science, was named Melanocharis citreola, Milá, Ashari & Thébaud, which was derived from the names of the researchers, namely Hidayat Ashari from Indonesia and Borja Milá and Christophe Thébaud from France.

Also involved in the project were French researchers Jade Bruxaux, Guillermo Friis, and Katerina Sam, the Papua University, the Cenderawasih University, the Musamus University, and the Sorong Marine and Fisheries Technical School.

The research team also calls the bird the Satin Berrypecker, for its satin white underside with a hint of lemon yellow, which is a distinctive feature that distinguishes it from other species in the same genus. Meanwhile, it is included in the melanocharis genus because it has the distinctive shape of a melanocharis bird’s sturdy black beak, with a blue and black feather at the upper body, in contrast to the light color underside.

The Satin Berrypecker is small, with a length of 19.4 mm, a tail length of 49.5 mm, a wingspan of 62 mm, and a beak length of 11.2 mm. The identification process has been through comparisons with other melanocharis specimens in the Bogor Zoological Museum, as well as a phylogenic analysis based on DNA data. From there, it is concluded that this bird is a new species. 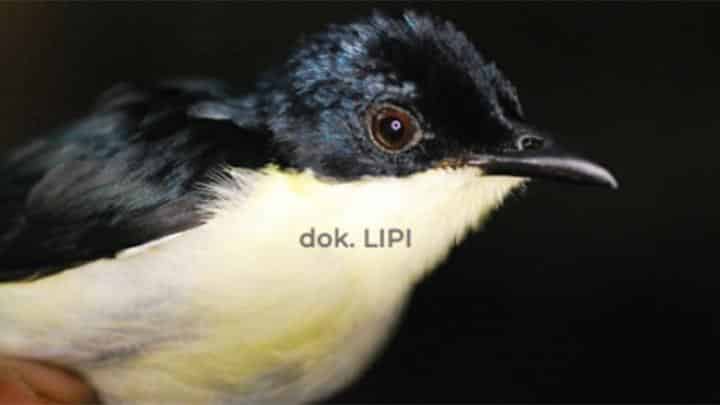 A new type of berrypecker (melanocharis) in the West Papua’s Kumawa Mountains. The discovery of this bird is a collaboration between the Indonesia and France research institutes. Courtesy of LIPI.

In general, the berrypecker or fruit bird is known as a bird that eats berries and other small fruits. This bird lives under the forest canopy, from the forest floor to a height of two meters. Its presence becomes important for the dispersal of seeds throughout the forest.

However, the research team only recorded very few encounters of the Satin Berrypecker that its behavior was still not known. “With a unique location at the Lengguru Karst area, it is important to study this bird further,” Ashari said.

The Lengguru area is located in the Kaimana Regency and has a unique landscape of rugged and isolated limestone mountains. Therefore, the area is considered very under-studied due to its treacherous terrain, steep slopes, and lack of water supply.

“The area also does not have access to trails and most of the landscape is still intact forest,” Ashari added.

The research team carried out its first expedition in 2014 and managed to reach an altitude of 1,200 meters above sea level. The team managed to capture a male bird but was only able to identify it as a melanocharis bird.

“In 2017, we returned [to the same location] with better equipment and logistics, and for 22 days at an altitude of 1,200 meters above sea level we managed to capture three more individuals,” Ashari said.

Previously, a 2015 report published by biologists Jared Diamond and K. David Bishop, said the team had reached an altitude of 1,000 meters above sea level in 1983 and 2013. They reported seeing a female bird that was thought to be of this new type of fruit bird. They described the bird as having an olive-colored top and a pale yellowish underside with indistinct stripes. Unfortunately. there are no specimens or photos of the bird they witnessed at that time.