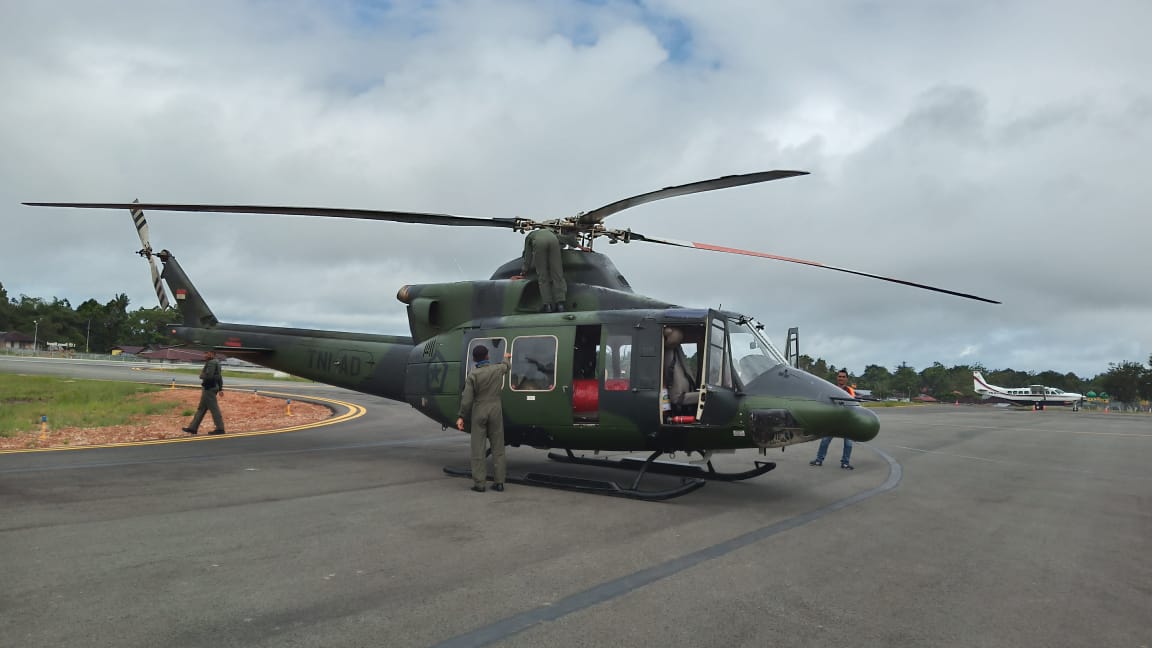 Jayapura, Jubi – The Indonesian Army’s Mi-17 helicopter that crashed on Mount Mandala in Oksop Sub-district, Pegunungan Bintang District, Papua Province, and killed 12 people aboard, was owing to bad weather, according to an official.

“I think the pilot had attempted to re-direct the helicopter to the original location due to foggy weather, but when the helicopter turned, it crashed into the mountain,” Major General Herman Asaribab, commander of the Regional Military Command (Pangdam) XVII/Cenderawasih, remarked here on Saturday.

In response to the press’ questions, he noted that the weapons carried by the fallen military officers were being kept by local hunters and the weapons would be returned to the authorities.

“The local residents will return the weapons of the military officers killed in the helicopter accident,” he said.

The commander, who visited the Police’s Bhayangkara Hospital to see the bodies of the fallen officers and meet their family members, expressed his deepest condolences to the families of the victims.

The helicopter reportedly lost contact during its flight from Oksibli to Sentani on June 28, 2019. Since the day it went missing, search efforts have been steadily made to locate the helicopter by involving a Bell Helicopter 206 and Bell Helicopter 412 bearing registration number HA-5177.

However, the SAR’s efforts to locate the missing helicopter had been hindered by factors, including erratic weather conditions and difficulties on ground due to inaccessibility to roads.

The MI-17 helicopter, bearing registration number HA-5138, was carrying 12 passengers and crew members on board, which had earlier flown to Okbibab to deliver logistics to soldiers serving in the area.