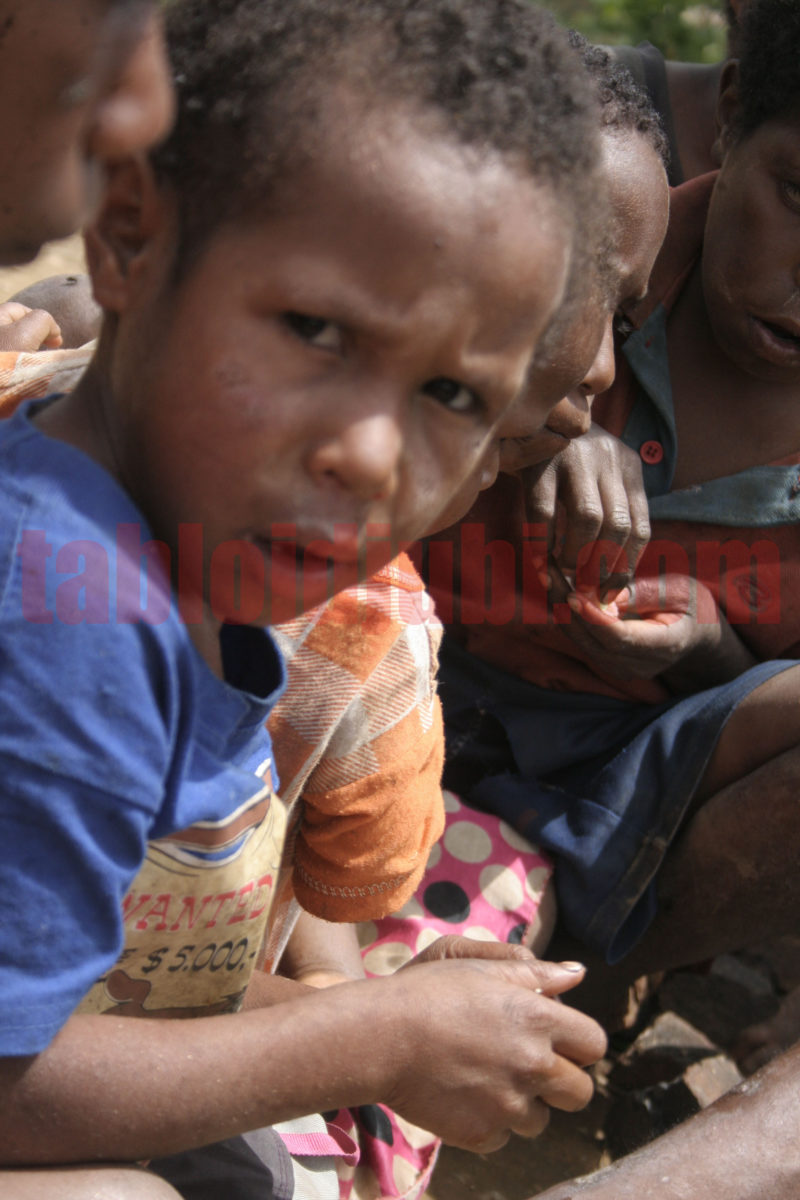 This extreme weather also killed pigs, chickens and dogs, he said.
“We received this report from the Head of Nbuwa Puskesmas (public health center) and a team was established to conduct a field mission on 16 November 2015,” Kogoya told Jubi during the break of the Working Meeting of Papua Provincial Health Office and the Launching of book ‘Melawan Badai Kepunahan Gebrakan Papua Sehat Menuju Papua Bangkit Mandiri dan Sejahtera’ held at Cenderawasih University Auditorium on Tuesday (24/11/2015).

He added when team from Nduga and Wamena Health Offices went to the field, they found three toddlers already died.
“Until now there is no update report and I have not yet contact them to up date the progress,” he said.

He said the deaths happened from 20 October to 11 November, and when he received the report from the Mbuwa Puskesmas Head, he immediately formed a team on 16 November 2016. “The team went itmmediately o the field and found a case of three children died,” he said. He denied the number of children died is forty.

He said he believed they died because of bronchitis pneumonia or shortness of breath.

Earlier several toddlers under two years old were reportedly dead in Mbuwa Sub-district, Nduga Regency. The medical team derived from Wamena said they also were not certain about the cause of death.
“Initially the children got sick, but not too long they died instantly. Until now forty-one children died. The medical team from Wamena has returned from the field but the cause of death has not been founded,” Mbuwa Sub-district Chief Erias Gwijangge told reporter on Tuesday (24/11/2015).

Analyst officer at Puskesmas Wamena City, Yan Huby who joint the team said the team examined the blood sample of local children whether they had malaria but the result was negative. According to him, why did the team assume it was malaria because in 1998 when long drought stroke the Papua Central Highland area including Nduga, malaria plague has caused the death of hundreds of people.
“It was started with flu, fever, diarrhea then passed away. We were only asked to do malaria test, we did a rapid test in sub-district, and then another microscopic test in a laboratory in Wamena. Of 70 blood samples, all are negative malaria,” he said.

Mothers and their children in Highland of West Papua – Jubi

Concerning to this case, the Head of Papua Provincial Health Office, Drg. Aloysius Giay when confirmed after opening the Health Office Regional Working Meeting at Cenderawasih University Auditorium on Tuesday (24/11/2015) said he recently received a report three days ago related to incident. “We just received a report three days ago, there had not report at all during the time. Even Nduga Regent whom we confirmed also claimed he had not receive any report yet,” he said and further added he instantly instructed the team of Papua Health Office on field mission.

In the same place, the Head of Nduga Health Office, Mesai Kogoya said those who suffered of sudden dead are toddlers under two years old and origin of two sub-districts in Nduga, namely Mbuwa and Bumul Liama. “In

Mbuwa, there is Puskesmas (community health center) as well as doctor and Barefoot Task Force team (trained health volunteer) of seven, but because of the villages are located far apart, it took two hours at least, the medical staffs could not reach all the villages,” he said.

Meanwhile there is no Puskesmas at Bumul Liama but Pustu (community health sub-center). While Satgas Kaki Telanjang (Barefoot Task Force) is a team formed by UP2KP (Papua Health Development Acceleration Unit), a team of seven members who assist the health services in remote areas that had been unreachable by health services. Mesak explained the victims initially experienced heat, fever, chills, convulsion before died. “No diarrhea. They were only suffered by heat and fever. After get medicine, their temperature dropped to normal but hit by heat fever and convulsions and died,” he said.

Separately, the Plague and Disaster Department Unit of the Papua Provincial Health Office, Yamamoto Sasarari explained according to the clinical description reported by his team, he assumed those toddlers suffered from bronchopneumonia.
“But it is just an assumption. We can ensure it after examination on the ground. From the clinical description, there is also founded no hog cholera,” he explained.

Sasarari said his team received a report that 31 toddlers who died were come from Dolgimo, Opmo, Berapngin and Labirik that all are located in Mbuwa Sub-district. A member of Papua People’s Assembly Luis Madai said the Nduga Regional Government, Papua Provincial Government and the Indonesian Health Ministry must handle the case that occurred since the early of November 2015 immediately.

“This is a catastrophe, and all relevant stakeholders must take a prompt action to handle this incident, whether it was caused by kind of virus or something else, they must find out immediately and give help,” he said. (Roy Ratumakin/Dominggus Mampioper/rom)