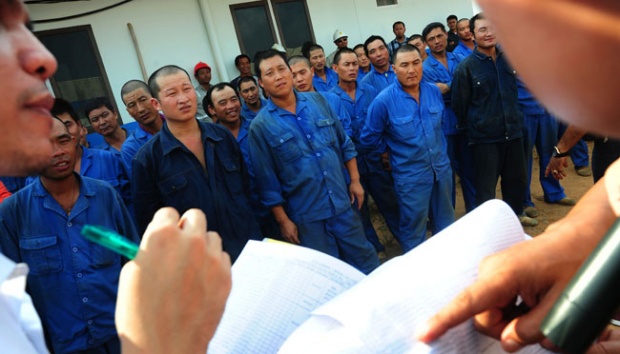 Manokwari, Jubi – Hundreds of Chinese workers are expected to arrive in Manokwari, West Papua, in August 2017 as there will be a new plant construction in the area.

Abdullah, an officer at Manokwari Immigration Office of Immigration Section on Immigration Control at Manokwari said according to information he obtained from PT SDIC Papua Cement Indonesia, the company will build a new factory in Maruni, Manokwari.

“It is reported that in August the construction will commence and contractor will bring in labors from China in large numbers,” Abdullah said.

Following the planned arrival of foreign workers (TKA), he said, the Immigration Office has set up surveillance measures to ensure no immigration violations.

According to him, the supervision will be done starting from the airport and local port until the location of work and place to stay.

“We have been placing officers in both airports and ports, and we have formed a team of foreigners who will conduct raids regularly,” he explained.

Joint operations, he added, will be undertaken if it is necessary in the supervision and law enforcement on foreign workers in the company.

He added that foreign surveillance activities continue to be routinely conducted in five districts which are working areas of Manokwari Immigration Office.

In addition to the cement plant, supervision is also conducted at the location of oil and gas refineries conducted by BP Tangguh in Bintuni Bay Regency.

It also continues to oversee the flow of foreign tourists in a number of tourist attractions such as Butterfly Park in Arfak Mountains and Cendrawasih Bay National Park which includes Teluk Wondama and Manokwari Selatan.(*)

The trial ‘Bible burning’ case will be conducted openly