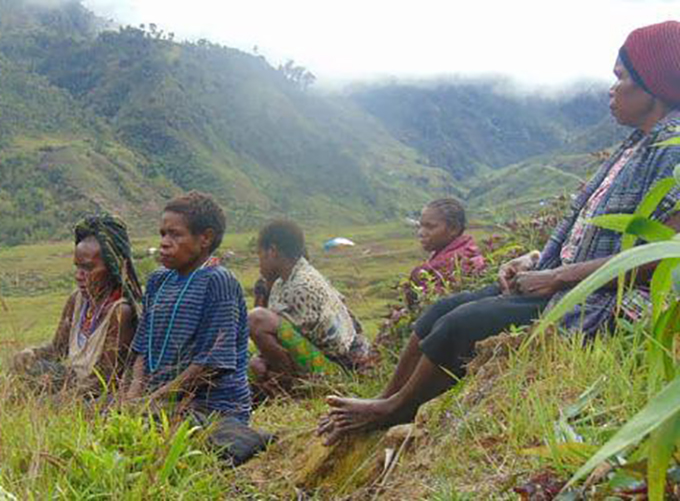 Papuan refugees in the Nduga regency where dozens have been killed in fighting and where thousands have been forced to flee for their lives since last December. Image: Tabloid Jubi
By RNZ Pacific

Papua, Jubi – A relief agency says at least 139 people have died in displacement camps in the Highlands of West Papua in the past six months since clashes broke out between the Indonesian military and rebels fighting for independence.

But the Indonesian military has disputed this claim.

News reports say the conflict in Papua’s Nduga regency has killed dozens since December, forcing many more to flee for their lives.

But a report by the aid group Solidarity Team for Nduga puts the number of displaced people at 5000.

The figure is in line with estimates from other rights groups.

The relief report also said this week that 139 people from Nduga had died in a displacement camp in Wamena town, mostly from disease and malnutrition.

An Indonesian military spokesperson, Muhammad Aidi, claimed the report was “a hoax” and more proof was needed.

The report claimed the health of displaced peoples from Nduga was deteriorating due to a lack of humanitarian supplies – especially food and medical supplies – and infectious diseases, including dysentery, which were going unchecked.

The Solidarity Team for Nduga has called on Indonesia to dismiss police and military forces from Nduga, recognise and support displaced peoples and open access to Papua to rights groups, humanitarian workers and journalists.

It said the government had failed to recognise the Nduga violence as an armed conflict, limiting aid which could be authorised under Indonesian laws.

The aid group also called on the provincial government in Papua to declare a humanitarian emergency in Nduga and form a special task force to deal with the crisis. (*)