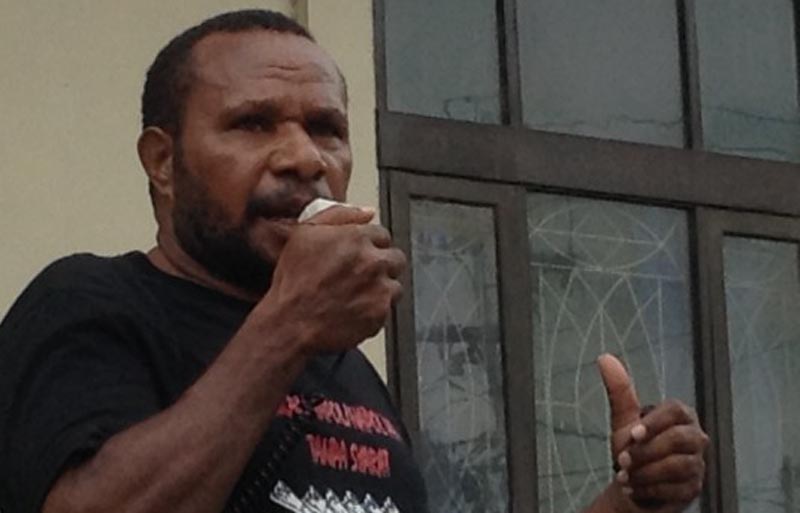 Jayapura, Jubi – Human right activist said the apology conveyed by Cenderawasih XVII Regional Military Commander in the 70th Anniversary of Indonesian Military on Monday (5/10/2015) should be followed up in real action not only the pseudo words.

“Papuans do not simply accept this apology. Go ahead to do that but the Papuans need more,” Peneas Lokbere, the Coordinator of the Victim of Papua Human Right Violation Solidarity in Abepura on Tuesday (6/10/2015).

Lokbere said the Papuans today prefer the real action. At first, the security institutions in Papua, through both Military Regional Commander and Papua Police Chief must conduct official evaluation on security situation in Papua. The evaluation is urgent due to the increasingly cases of shooting against civilians in Papua. All these cases must be revealed in order to protect the people.

Meanwhile, the Secretary General of Papua Central Highland Student Association in Indonesia (AMPTPI), Yanuarius Lagowan, said the Military Regional Commander should not only apology but also provide justice to the victims.

Lagowan said the Military Regional Commander already knew the personnel who did the brutal action against Papuans. Therefore, the naughty personnel must be punished. “The apology is not enough. If the Commander has already knew about misleading action among his personnel, it should be revealed and prosecuted, therefore those who experienced violence by military could get the justice,” he said. (Mawel Benny/rom)