A story of Zaki, a teacher from Aceh who dedicated his life for education in remote Intan Jayapura, Papua (Part 1) 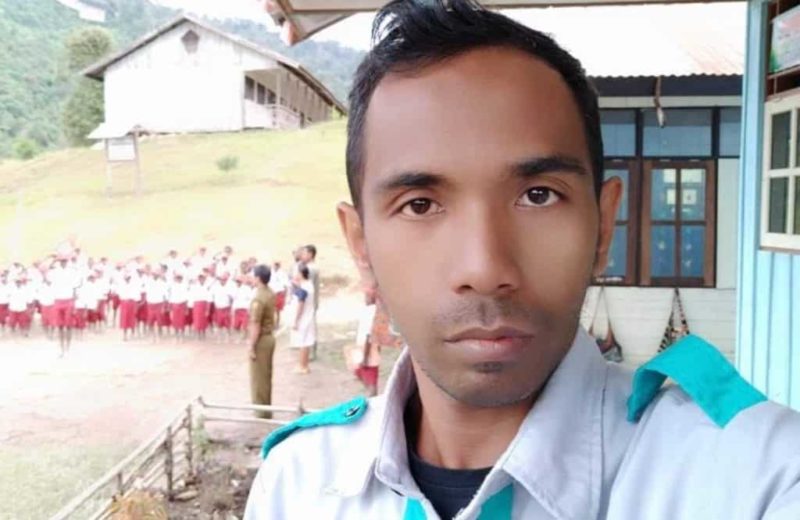 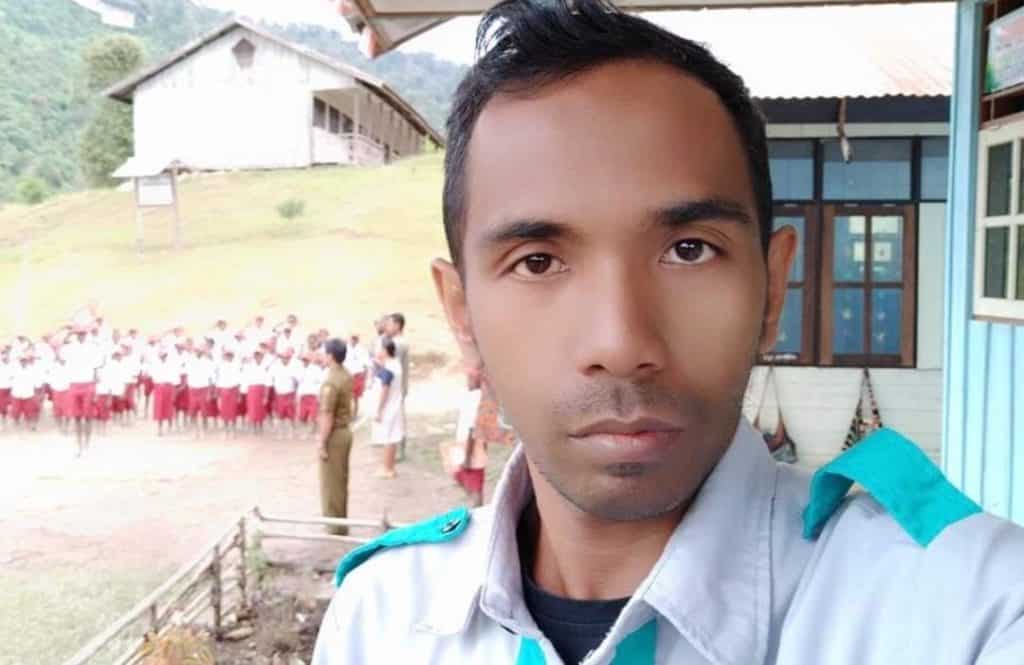 Nabire, Jubi – This is a story of Muhammad Zaki, 32 years old, a primary teacher from Aceh who decided to teach children in remote Intan Jaya, Papua.

Zaki died of illness on Monday early morning, 29 June 2020, in Nabire Public Hospital and buried on the same day at Girimulyo Cemetery, Nabire.

“He was a good person and always concerned towards Papuan children in Nabire and Intan Jaya. He always provided reading books and passed them to our community to help children in learning,” told Tri Wahyu Budi Saputra, the chief of Nabire Reading Community (Koname) who admits his loss of a close friend.

He regretted coming late and could only come at the funeral. “I heard he was ill, and then news that he passed away. I am sad because I lost a close friend who cares about Papuan children,” he said.

In the meantime, a lecturer who studied in the same university with Zaki in Aceh wrote that Zaki once distributed leaflets looking for book donors to donate for children in remote Papua by utilising free book shipping service from the Indonesian Post Office to all over Indonesia.

He was also keen to share his experiences teaching in a remote area with other students while he returned to Aceh.

The man, who was born in Krueng Mane, Aceh Utara Regency, graduated from the Indonesian Language Study Program of the Education and Pedagogy School of Almuslim Peusangan University, Bireun. He then participated in the selection of the Underdeveloped Regions Teaching Program (GPDT) conducted by the Papua task force of the Gadjah Mada University in December 2015. He passed the test and was assigned a two-year contract (2016-2018) to serve in Intan Jaya Regency, Papua Province.

Zaki was a very resilient young teacher who was always willing to work in remote areas despite the lack of facilities for education. Therefore, instead of returning to his hometown in Aceh after the termination of his contract, he decided to stay in Mbiandoga, Intan Jaya Regency as a contract teacher in the Mbiandoga Primary School.

Salamon Edison Pally, a teacher from Alor, Nusa Tenggara Timur (NTT), who is currently a contract teacher in Mbiulagi One Roof Secondary College in Jae Village, Wandai Sub-district, Intan Jaya Regency, told that he and other selected teachers under the GPDT Program came to Intan Jaya in December 2015. Although they were under the same program, he was not so close to Zaki and barely met him because they were teaching in a different school. “We know each other. Although we were not close but always greeted each other if we met,” he said.

When their contracts terminated in 2018, both Zaki and Pally decided to continue working as contract teachers in Intan Jaya Regency.

In February 2020, Pally came to Nabire for personal purpose and could not return to his village following restrictions on social activities and transportation due to the COVID-19.

“When I was in Nabire, I heard Zaki was ill. I came to visit him, but he still looked fine,” said Pally.

But his condition gradually dropped in March to April. Feeling sympathy to Zaki who stayed in his relative’s house while the owner was in Aceh, Pally often visited him and advised him to stop smoking. On 26 April 2020, he took Zaki to a clinic in Nabire. While Zaki got medical treatment for six days in this clinic, Pally took care of everything. For the medical expenses, he and some former GPDT fellows collected their money to Rp 7 million.

“I was not close to him, but I sympathised with him because he was all alone. His relatives were returning to Aceh,” said Pally.

When Zaki was allowed to return home, Pally often came to accompany and encourage him to recover soon. “I could not bear to leave him alone with poor condition. So, I always accompanied him,” he said.

At that time, Pally told that Zaki had tears because he did not expect that Pally who was not close to him for almost five years in Papua took care of him.

When his friend’s condition turned worse, Pally took him to the community health centre several times, and then to the Emergency Room of the Nabire Public Hospital on Monday, 22 June 2020. Zaki stayed there for a week and passed away on 29 June 2020.

His friends came to take care of his body with the assistance of nurses and the Division Head of Pedagogy and Educational Staff Development of Intan Jaya Regency Oktovianus Talatuni.

“From the hospital, we deliver the body to Girumulyo Cemetery,” said Pally.

Furthermore, he said Zaki was lucky because he got a foster father and friends in Papua, because he lived alone, far from his family.

Zaki survived a mother in his village, while his close friend in Aceh Syahrul told Jubi by phone that his mother wanted to come to Nabire once she heard the news that her son was in coma in the hospital. However, when she was ahead of Banda Aceh, she received the news that her son already passed away in Nabire.

“His mother will still come to Nabire to visit her son’s grave,” said Syahrul. (*)

NOT HAVING BREAKFAST AFFECT KIDS’ LEARNING